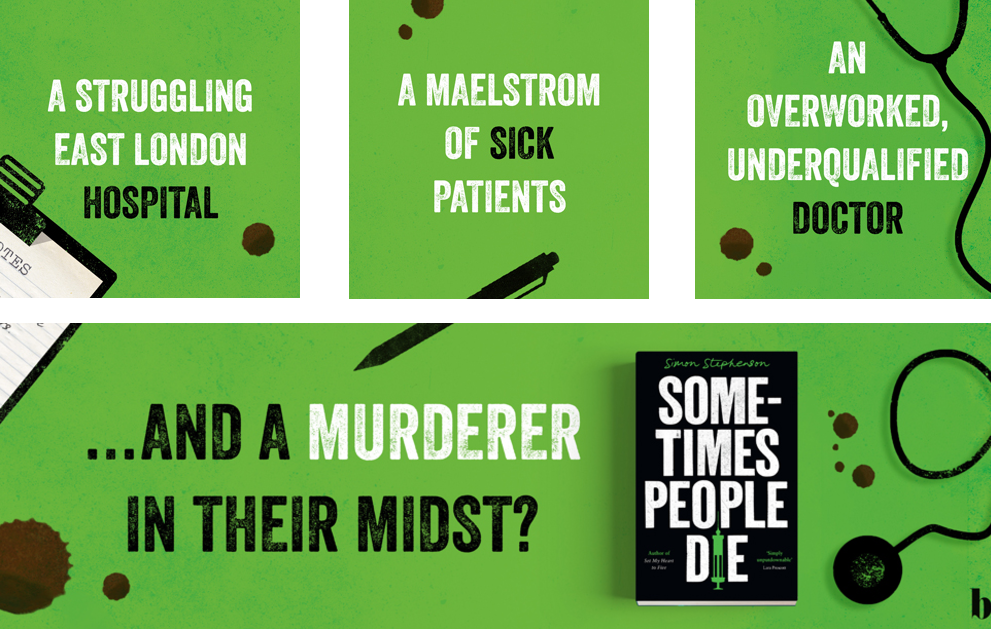 Returning to practice after a suspension for stealing opioids, a young Scottish doctor takes the only job he can find: a post as a senior house officer in the struggling east London hospital of St Luke’s.

Amid the maelstrom of sick patients, over-worked staff and underfunded wards a darker secret soon declares itself: too many patients are dying.

Which of the medical professionals our protagonist has encountered is behind the murders?

And can our unnamed narrator’s version of the events be trusted?

Following a suspension for stealing opioids, our protagonist finds himself heading from Scotland to London for his new position as a senior house officer. He very quickly discovers why he got the job so easily; St. Luke’s Hospital is understaffed and underfunded – and then there’s the problem of an unusually high number of deaths. So who’s bumping off the patients?

This is a really well written story with lots going on. I found myself being pulled into the story from the beginning; alongside the mystery of the murders there is plenty else happening to grab the reader’s attention. Every time I took time to consider who was killing patients, I came up with a different name – and NEVER the right one. Beautifully crafted and rather intriguing, this has certainly put the author on my watch list. An excellent novel, well worth a full house of stars and my full recommendation! 5*.

My thanks to the publisher for my copy and to Midas PR for my spot on this tour; this is – as always – my honest, original and unbiased review. 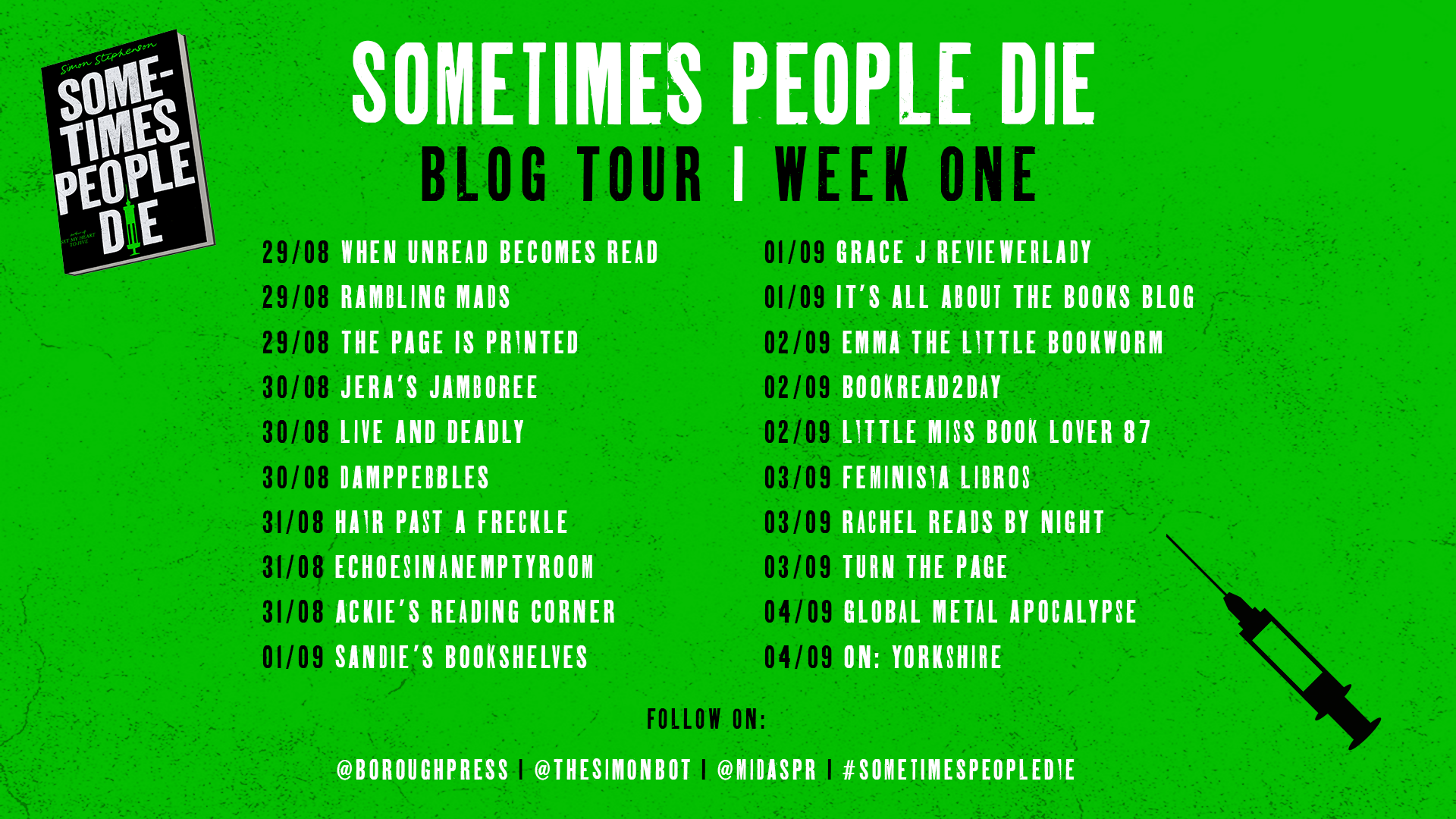 I am from Edinburgh in Scotland, but live now in Los Angeles. I have had stopovers along the way in London and San Francisco.

I’m a writer and screenwriter, and before I became a full-time writer I was a physician.

My new novel, ‘Sometimes People Die’ will be published in September 2022.

I have written two other books. ‘Set My Heart To Five’ came out in 2020. The Washington Post review said that I might be ‘Vonnegut’s first true protege’. You’d better believe I am going to be dining out on that for the rest of my life.

‘Let Not the Waves Of the Sea’, my memoir about losing my brother came out in 2012. It won Best First Book at the Scottish Book Awards, and was serialized on BBC Radio 4.

I’ve worked as a writer on various films including Pixar’s LUCA, PADDINGTON 2, and my own THE ELECTRICAL LIFE OF LOUIS WAIN. Like every other screenwriter in Hollywood, I have a bottom drawer full of unproduced scripts and forgotten promises. So it goes. 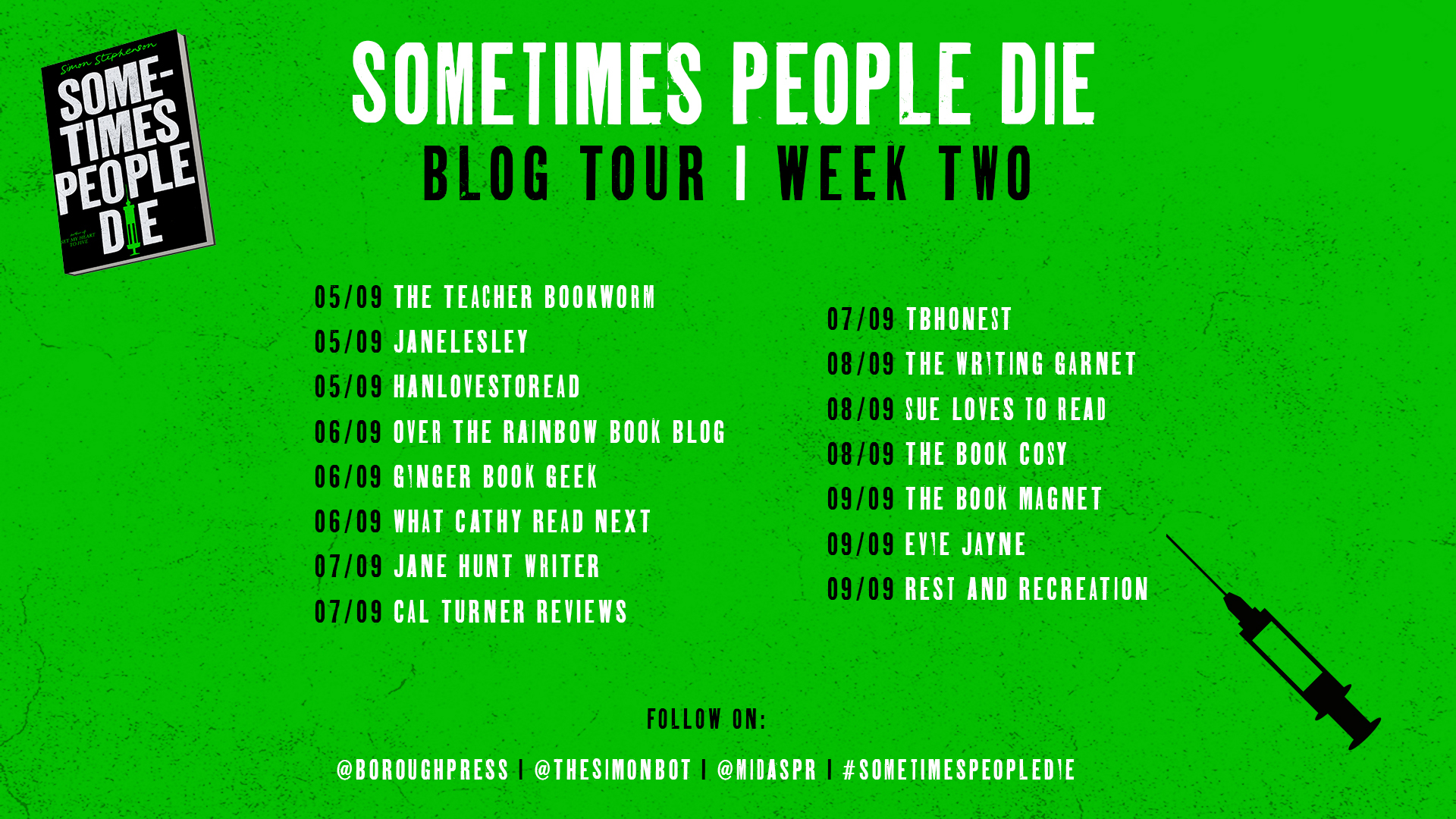