Detective Claudia Nunn’s colleague DS Dominic Harrison has been leading the case against a dangerous serial killer, who hunts his victims using a dating app. But now his own wife has gone missing.

Then a large pool of blood is discovered in their garage. And Dominic is the prime suspect.

Is Dominic being framed by a serial killer or will Claudia expose an even uglier truth?

Can’t tell a soul how it ends.

Blood Stained is a dark, twisty and utterly compulsive page-turner that will be devoured by fans of Helen H. Durrant, Rachel Abbott, Angela Marsons and L.J. Ross. 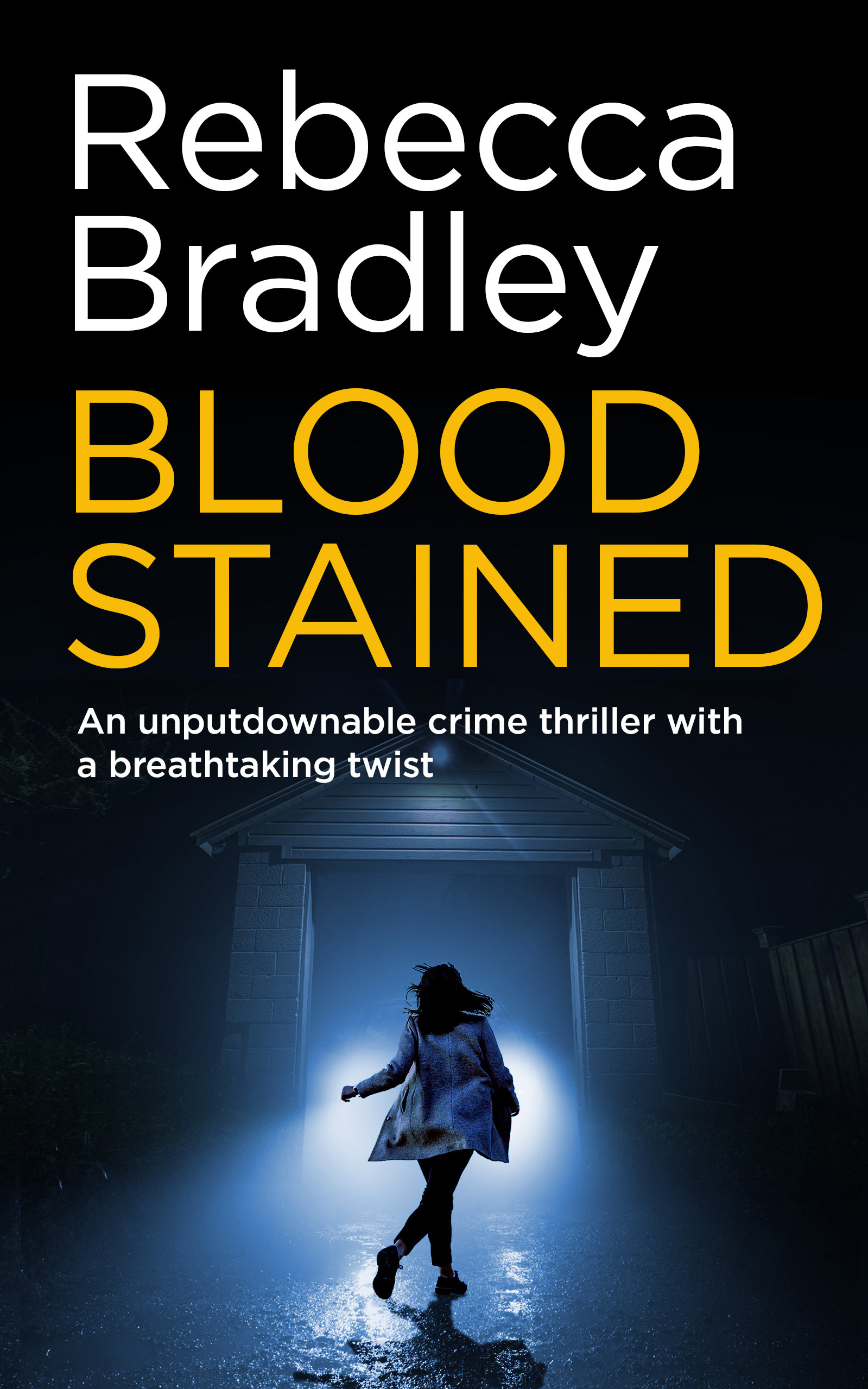 An Awesome Start to a new Series!

Breath-taking – over and over again!

DI Claudia Nunn is less than pleased at her latest directive from above; a colleague has been investigating a series of murders attributed to a serial killer and now his own wife has gone missing. When a pool of blood is found at their home, he is regarded as a suspect and it is Claudia’s job to interview him. Her superiors trust her to get to the truth: is he guilty or is he being set up?

I cannot begin to tell you how glad I am to be in at the beginning of what promises to be a phenomenal series! Claudia Nunn is a realistic, likeable, well-drawn character who appealed from the very beginning. There are twists and turns throughout and some shocking surprises. Rebecca Bradley is an author who really knows her stuff and this is a novel which has been honed to perfection. An awesome thriller, one which I have no hesitation in recommending and giving all five sparkling stars. Definitely a not-to-be-missed series!

Rebecca Bradley is a retired police detective. She lives in the UK with her family and her two cockapoo’s Alfie and Lola, who keep her company while she writes. Rebecca needs to drink copious amounts of tea to function throughout the day and if she could, she would survive on a diet of tea and cake while committing murder on a regular basis, in her writing of course.

She writes the DI Hannah Robbins police procedural series, the DI Claudia Nunn series and has also released two standalone novels, Dead Blind, about a cop who acquires prosopagnosia, also known as face blindness and Perfect Murder about a crime writer who wonders if she could commit the perfect murder so sets out to see.

Sign up to her readers’ club for a FREE novella, the prequel to Hannah Robbins series. Find it on the blog at rebeccabradleycrime.com You’ll also be provided exclusive content and giveaways.