Operation Treadstone made Jason Bourne, but he’s not the only agent they trained.

Treadstone nearly destroyed Adam Hayes. The top-secret CIA Black Ops program trained him to be an all-but-invincible assassin, but it also cost him his family and any chance at a normal life. Which is why he was determined to get out. Working as a carpenter in rural Washington state, Adam thinks he has left Treadstone in the past, until he receives a mysterious email from a former colleague, and soon after is attacked by an unknown hit team at work.

Adam must regain the skills that Operation Treadstone taught him – lightning reflexes and a cold conscience – in order to discover who the would-be killers are and why they have come after him now. Are his pursuers enemies from a long-ago mission? Rival intelligence agents? Or, perhaps, forces inside Treadstone?

His search will unearth secrets in the highest levels of government and pull him back into the shadowy world he worked so hard to forget.

The Treadstone Resurrection is the first novel in an explosive new series inspired by Robert Ludlum’s Bourne universe, introducing an unforgettable hero and the covert world that forged him.

This is a high octane read, from the word go!

Adam Hayes was trained to be a government killer, but he’s left all that behind. Or, at least, he thinks he has but when a former colleague sends him a message from the grave, Adam knows that he can’t let it go and so he finds himself back in the world of covert ops . . .

This wasn’t just a read; from first to last I has the images running through my head similar to watching a movie and what an exciting one it was too! The story is fast paced and thrilling; the writing is flawless and this is a gripping tale which flows smoothly from beginning to end. I’m not surprised that the author is ex-military; this shines through the narrative and when the protagonist’s heartbeat was thudding in his ears, he wasn’t the only one! I was quite breathless by the end of each encounter, and live in hope that this continues into a series and it does actually make it to the silver screen. It’s certainly one I want to see, and this is a book I highly recommend to all those who love an electrifying and exhilarating read! I have no doubt at all that this is a five star read.

My thanks to Anna Zanetti of Midas PR both for my copy of this novel and my spot on the blog tour. This is – as always – my honest, original and unbiased review. 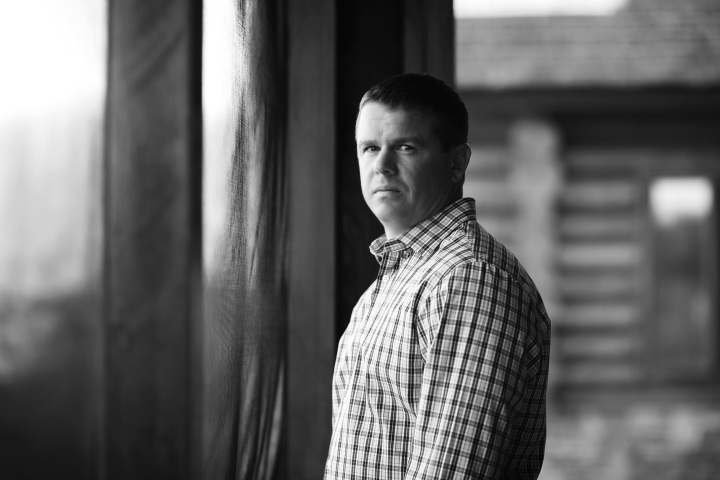 Robert Ludlum was the author of twenty-seven novels, each one a New York Times bestseller. There are more than 225 million of his books in print, and they have been translated into thirty-two languages. He is the author of The Scarlatti Inheritance, The Chancellor Manuscript, and the Jason Bourne series – The Bourne Identity, The Bourne Supremacy, and The Bourne Ultimatum – among others. Mr. Ludlum passed away in March 2001.

Joshua Hood graduated from the University of Memphis before joining the US military and spending five years in the 82nd Airborne Division. He was a team leader in the 3-504 Parachute Infantry Regiment in Iraq from 2005-2006 where he conducted combat operations in support of Operation Iraqi Freedom. From 2007-2008, Hood served as a squad leader with the 1-508th Parachute Infantry Regiment in Afghanistan where he was decorated for valor in Operation Furious Pursuit. On his return to civilian life he was a sniper team leader on a full time SWAT team in Memphis, TN, where he was awarded the lifesaving medal. Currently he works as the Director of Veteran Outreach for the American Warrior Initiative. He is the author of Warning Order and Clear by Fire.