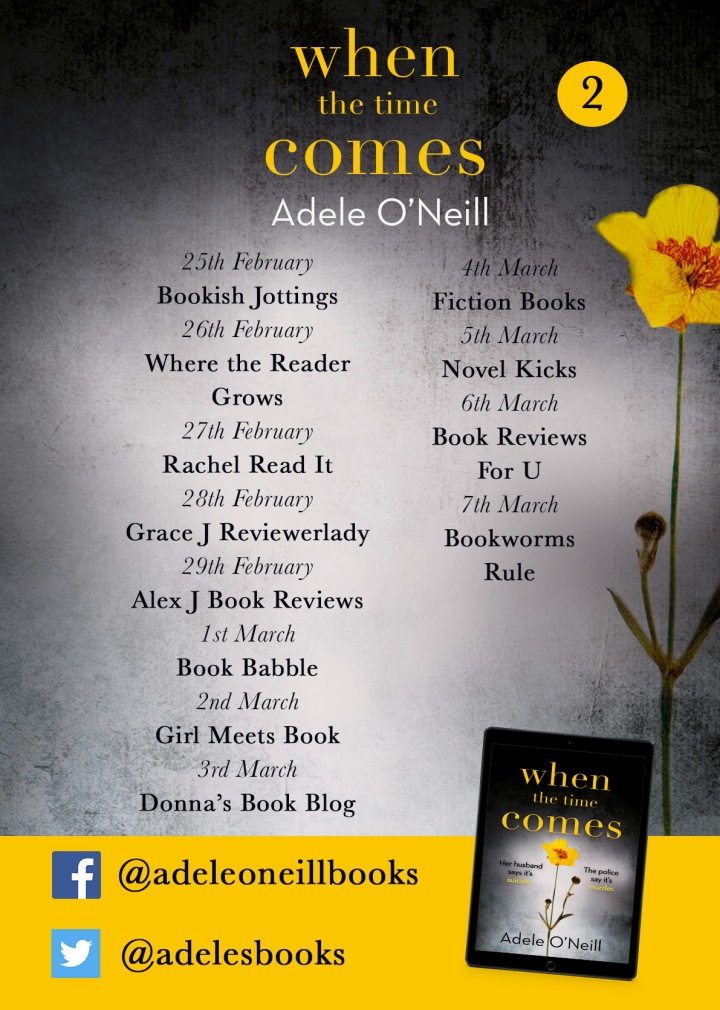 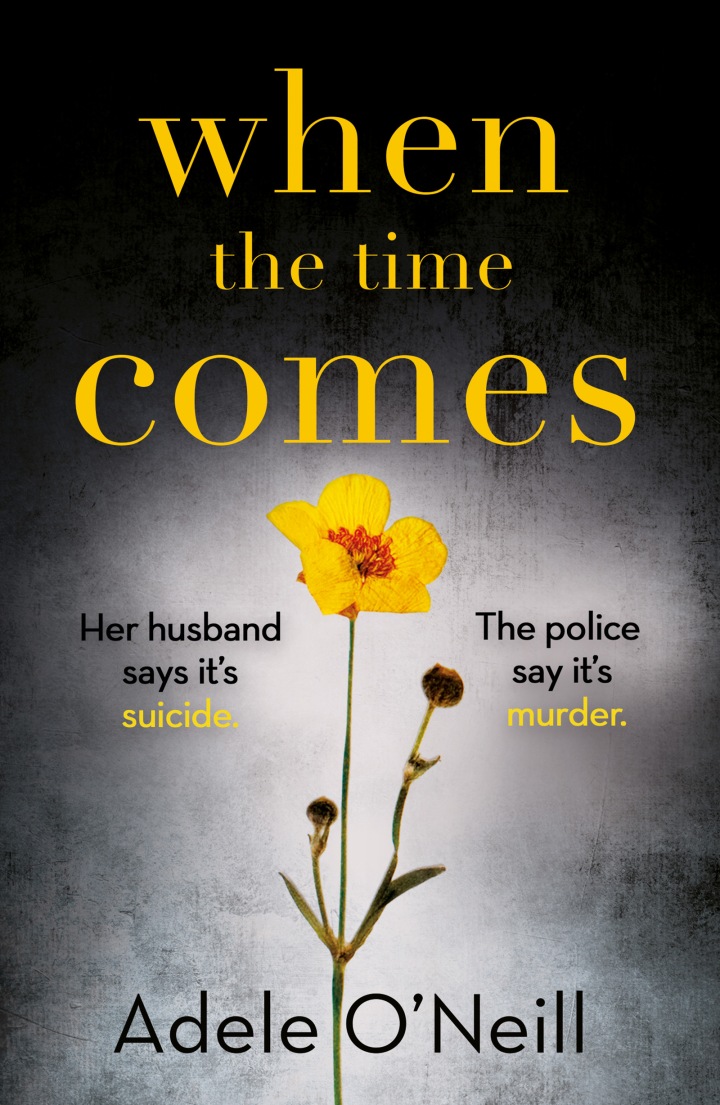 ‘I couldn’t remember how you take yours,’ she says ten minutes later as she kicks the door with her foot to open it, ‘so I put sugar and milk in.’ She places both cups on the table that separates us. I pull the plastic lid from the cup and blow, the steam folds over the rim and slides down the side of the cup before I take a sip. ‘Thanks,’ I mutter and wait for whatever new information she’s just spent the last ten minutes gathering to throw at me.

‘Is yours okay?’ She asks, I nod in response.

‘So where were we?’ she asks, clearly not expecting an answer. ‘Okay, so Liam, are you here because you’re afraid of what the post-mortem will show tomorrow?’

‘Yes,’ I answer concisely. That’s exactly why I’m here. I can’t see another way out.

‘Why? What will the post-mortem show tomorrow?’ She sighs heavily as she pulls herself as close to the worn wooden desk as her chair will allow. ‘It’s a very simple question,’ she adds. I swallow, but my words have abandoned me, deserted my brain in a scuttling stampede like lemmings in a mass suicide pact. I only realise that I’m crying when I rub my face with my hands.

‘I think…’ The ball at the back of my throat nearly chokes me as I try to speak – whether it’s because Jenny’s gone, or because Abbie and Josh are now motherless or because I’m going to be blamed for her death, I don’t know. I inhale and lengthen my back with a subtle stretch and rub my eyes. They’re red and raw from a combination of no sleep and lots of crying. She leans forward in response. I pause and inhale again, nerves making the hairs stand up on the back of my neck. I’m damned if I do and I’m damned if I don’t. There is no other option but to say what I am about to say. At my momentary hesitation, she widens her eyes in expectation across the table. ‘IthinkJenny was murdered and I think someone is framing me for her death.’ I shift quietly in my seat, my backbone stiffening as I hear myself out loud. I’ve emphasised the word think to distance myself from the reality of what has actually gone down. I can see it now, I can hear the headlines all over the press.

‘You think?’ With one hand she drums her fingers on the table, with the other she holds her chewed pen, poised to write. Everything I have said since I have arrived in the interview room has been transcribed into her scrawl despite the fact that there is a microphone and a camera monitoring my every move. ‘That Jenny was murdered?’

She flicks her eyes from mine to her page and then back again to me. There’s a look of concentration and righteousness in her eyes. ‘And that someone is trying to frame you.’ I nod, forcing the words out of my mouth.

‘Yes.’ I run my fingers through my hair. It’s a simple response, but the truth is too complicated for now. There’s a complexity to Jenny dying that even I’m having trouble getting my head around, despite the fact that I’m complicit, despite the fact that Jenny dying had always been the plan and despite her name and her fight for the right to die campaign being plastered all over media.

‘Did you have anything to do with Jenny’s death, Liam?’

‘No.’ I speak quietly as though I want her to ask me to repeat myself because I know, given the chain of evidence that will lead back to me, that it will be hard to prove that I didn’t. ‘No,’ I say again, my voice dripping with despair. This wasn’t how it was supposed to be. ‘No, I didn’t.’

‘I see.’ Her expression darkens a little. ‘Is there anything else you think I should know?’

It’s the type of question that a mother might ask a child when she already knows the answer.

‘What makes you think that you are going to be accused of anything, Liam?’

‘Because…’ I take the time to choose my words carefully. ‘Because Jenny is dead, and as far as anyone who is about to investigate it is concerned, it’s going to look like it was me who helped her, which I didn’t.’ With my palm I wipe away the tears and bow my head into my hands, the same hands that held Jenny on Sunday after she drew her last breath, the same hands that wiped away her frozen tears, the same hands that pushed her long auburn hair from her face and closed her eyes for the last time. My gut twists as I picture her face, pale and sad, but still beautiful. 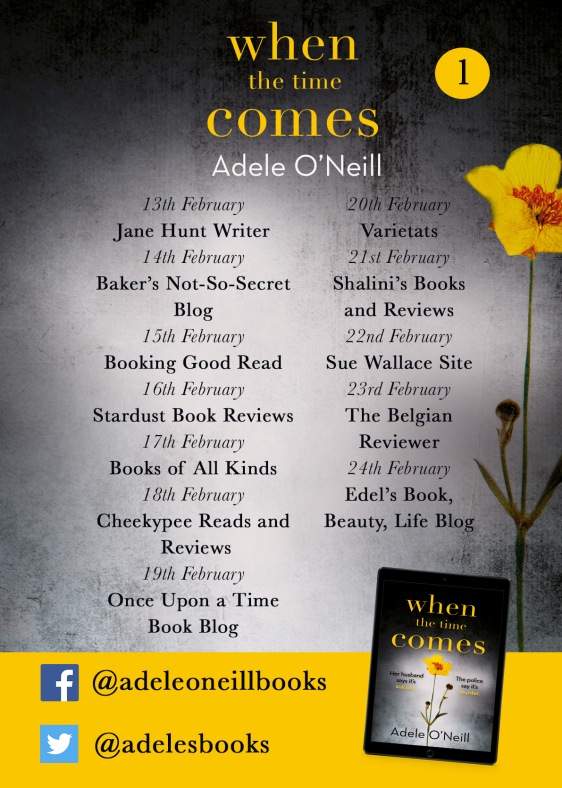 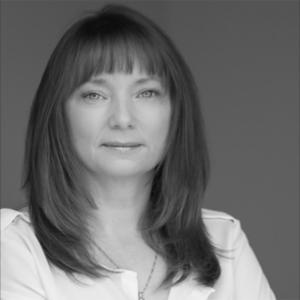 Adele is a writer from Co. Wicklow who lives with her husband Alan and her two teenage daughters. Influenced by writers across all genres she has a particular fondness for fiction that is relatable and realistic. Her debut novel was awarded The Annie McHale Debut Novel Award for 2017 and is a character driven story of survival, dark family secrets and sibling loyalty, just like life. Her second novel Behind a Closed Door is another emotionally harrowing tale of impossible choices, loyalty and friendship. Adele writes overlooking the Irish Sea, which she credits for the tumultuous dynamics in the relationships and lives of her unsuspecting characters in her third novel, When The Time Comes, another dark tale that tests the lengths we go to protect the ones we love.