Willy, who does not hesitate to sell killing machines to the most heinous players in the world, is desperate to find his only son, Itiel, who has headed to an ashram in the Himalayas.

The Himalayas are also host to groups of young Israelis who have completed their mandatory military service—a sort of rite of passage. Now, those innocent kids are being hunted down by violent terrorists.

India and the disputed Kashmir region between India and Pakistan is familiar territory to Dotan, as he searches for Itiel and for the source of these heinous attacks on Israeli youth.

Unwilling to leave this quest in the hands of Dotan, Willy also travels to India, where he is murdered in Delhi, triggering international repercussions capable of ripping the world apart at one of its most dangerous flashpoints.

Nothing is as it seems in this region of the world. Betrayal reigns everywhere.

But love, in its purest form, does manage to shine through in this story of brutal international corruption.

A fascinating and memorable read! Dotan Naor is a new, exciting and very different type of investigator . . .

Dotan and his friend Willy are unlikely mates: one is and ex-officer who now spends his time locating young Israelis who have gone astray whilst the other is an arms dealer. At their latest meeting, they make a bet and Dotan agrees to track down Willy’s son who is on retreat in the Himalayas. Willy decides to do what he can to help but ends up being murdered in a cheap and tacky hotel room. With India and Pakistan both laying claim to Kashmir, there are terrorists in the area targeting the many young Israelis who are backpacking there and they end up being a target – yet something else for Dotan to take into consideration.

This is an enthralling read and one which I really enjoyed. The locations are very different to other thrillers I’ve read, but with skilled writing the story became alive on the page. There is a lot going on, but in a connected way and I found myself totally invested in where this one was going. Dotan Naor is a very engaging character and one I hope to follow with this series. With Kashmir being currently in the news, it was a very topical read and there was plenty to keep my focus. As always, I appreciated that by the final page everything which needed to be followed through was brought to a satisfying conclusion. A cracking read, and one I’m happy to recommend. I’m very happy to give this one four and a half stars.

My thanks to the author for providing me with a review copy of his novel. This is my honest, original and unbiased review. 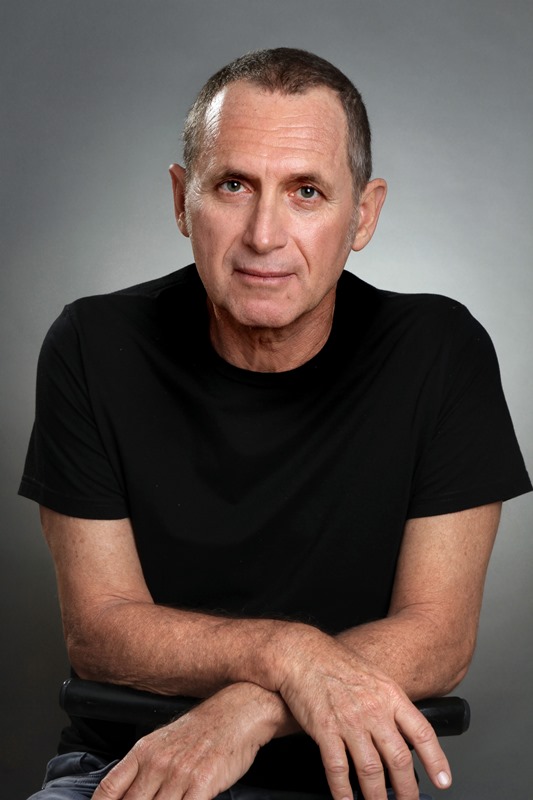 Yigal Zur was born in Israel on July 14, 1955 in the northern city of Haifa, on the slopes of the Carmel Mountains. His parents came to Israel after World War II, having survived the ghettos and concentration camps. His father lost his entire family in the Holocaust, leaving him the sole survivor.

Yigal Zur spent many happy childhood hours wandering through the mountains of Galilee and Carmel or devouring the books he loved best: adventure stories by Joseph Conrad, Jules Verne, Rudyard Kipling, and Jack London, and tales of voyages to Africa and the North and South Poles. He was confident he would someday follow in the footsteps of explorers like Alexander von Humboldt, Sir Henry Morton Stanley, and Dr. David Livingstone.

When the Yom Kippur War broke out in 1973, Zur was a soldier on the front lines in the Golan Heights, and as a young artillery officer, crossed with the IDF’s Special Forces deep into enemy territory.

Toward the end of the war and the imminent conclusion of his military service, he began to repeat to himself like a mantra: When it’s all over, I’m going to India. For seven years he traveled the world with only a knapsack on his back and irrepressible curiosity, his eyes gaping in wonder.

Zur opted for a career in the theater, living for a time in the gritty Brixton district of London, where a friendship with a street musician led him to move to Paris and study theater movement and mime with the famed French acting instructor Jacques Lecoq at L’École Internationale de Théâtre. On his return to Israel, he studied film at the Beit Zvi School for the Performing Arts in Ramat Gan and went on to study Hebrew literature and Chinese philosophy at Tel Aviv University.

It was at this time that his first stories were published in various magazines and newspapers, and he began to attract the attention of the literary community. This period was also the background for his first short story collection, “The Monsoon’s End”, in which he expressed the feelings of youngsters in search of themselves, longing for something they can not name, constantly seeking until what is meant to happen happens.

Zur married and started a family, and at the same time began working as a tour guide, introducing Israelis to some of his favorite places in Southeast Asia, writing travel pieces for the local papers, and filming and presenting travel items for Israeli TV. He established himself as Israel’s special correspondent to unusual events, reaching the height of his reporting career when he became the only Israeli ever to be embedded with US armed forces in action. Attached to the 22 Signals, 3rd Division during Operation Desert Storm 2003, he was a one-man journalistic task force, writing and broadcasting daily from Iraq for the Israeli press and TV.

Other major journalistic projects include reports of a journey to uncover Jewish genetic footprints in Eastern Africa, a meeting with Khun Sa, the most notorious drug lord in Thailand and Myanmar, and the search and rescue of missing Israeli travelers the world over. Zur also hosted his own long-running travel show on Israeli TV.

Throughout this time, he continued to write novels, travelogues, and travel guides, including cultural guides to India and China. In 2000, he published “Dark Prune” which centers around the investigation into whether the Ethiopian soldier whose body was found hanging had committed suicide or whether he was the victim of a racist murder. The book became an overnight success. Together with director Daniel Wachsmann, he also wrote the screenplay for “Menelik, the Black Jewish Prince”, which won the Israeli Film Academy’s Best Director award in 1999.

Realizing that the plots of all his previous novels were driven by criminal investigations, Zur decided to base his next books on his personal experience as a life-long traveler, including his intimate knowledge of the role Israelis play in the arms industry and drug smuggling. This decision gave birth to private detective Dotan Naor, a former member of the Israeli Security Agency, the central character in three suspense novels thus far, all of which have been highly acclaimed.