Georgina Garrett was born to be ruthless and she’s about to earn her reputation.

As World War One is announced a baby girl is born. Little do people know that she’s going to grow up to rule the streets of Battersea.

From a family steeped in poverty the only way to survive is with street smarts.

With a father who steals for a living, a grandmother who’s a woman of the night and a mother long dead, Georgina was never in for an easy life. But after a tragic event left her father shaken he makes a decision that will change the course of all their lives – to raise Georgina as George, ensuring her safety but marking the start of her life of crime…

This is the first book in the thrilling new Georgina Garrett series.

Gritty, engaging and not only a debut novel but the beginning of a new series!

Georgina Garrett enters the world just as war is declared in 1914. Her family isn’t well off, but they survive a lot better than most. Living in Battersea, Georgina is a child who, despite being loved and well cared for, grows up aware of the harsh realities of life; this is the story of her younger years up to adulthood.

I took part in the blog tour for this novel, but with an extract as I just wasn’t able to fit it into my list at the time. However, I have been lucky enough to add the next in series and really wanted to catch up with the story so far first – and what a tale it is! A wonderful introduction to a new series, and a fantastic first novel from an author I shall be eager to follow from here on in. The characters are all well developed and the writing flows easily from beginning to end, making this eminently readable. Definitely a series which I hope will run for several books and I shall be eager to read them all! It is, I think, a realistic portrayal of life in the period the book is set, and a very well plotted story which drew me in from the very first. I was quite disappointed when I reached the final page, and can hardly wait to reach the second one! If you enjoy a darn good crime thriller with a female lead, then this is a must-read for you .. don’t miss out. Absolutely worth a full house of stars – all five jumping and dancing!

I downloaded this novel via Kindle Unlimited. All given opinions are completely honest and entirely my own. 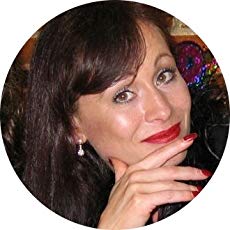 Sam Michaels writes gritty gangland historical sagas set in Battersea, South London, which is where she was born and bred, the council estates being her playground.

After leaving school at sixteen with no qualifications, Sam married soon after and had a son. The marriage ended quickly, and as a single mother, she worked in various retail positions until undertaking an Open University degree. This led to Sam becoming an analytical scientist and then into technical sales where she met her husband.

A few years later, they moved from Hampshire to Spain. It was then that her mother, the Sunday Times best-selling author, Kitty Neale, inspired Sam to put pen to paper. She now writes her novels in sunnier climates with the company of her husband, four dogs and six cats.