In a large house in London’s fashionable Chelsea, a baby is awake in her cot. Well-fed and cared for, she is happily waiting for someone to pick her up.

In the kitchen lie three decomposing corpses. Close to them is a hastily scrawled note.

They’ve been dead for several days.

Who has been looking after the baby?

And where did they go?

Two entangled families.
A house with the darkest of secrets.
A compulsive new thriller from Lisa Jewell.

Dark, twisted … and enthralling! This one grabbed me from the very first and only loosened it’s grip on the very final page.

Following several different threads, this starts off as a really puzzling read; it took me some time to get into the rhythm of it and to begin to separate out the characters in my head, but the time just flew by! With so much happening, it grabbed my attention throughout and whilst the ending made perfect sense I didn’t work it out until it was in front of me in black and white.

This is an amazing read, from an author who knows exactly what she’s doing. Cleverly structured, creatively plotted and beautifully written with wonderful characters I revelled in this novel, and enjoyed everything about it. An absolutely mesmerising read and one I cannot recommend highly enough. I’m rather in awe of authors like Lisa Jewell who not only manage to come up with a bestseller but succeed in doing so time and time again. Such talent and skill! This is totally different to anything else I’ve read and as such, is worth a full five stars.

My thanks to publisher Cornerstone Digital for approving my copy via NetGalley. This is, as always, my honest and original review. 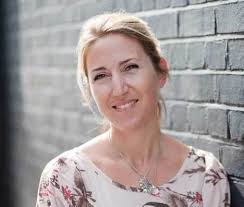 Lisa Jewell was born in London. Her first novel, Ralph’s Party, was published in 1999. It was the best-selling debut novel of the year. Since then she has published another sixteen novels, most recently a number of dark psychological thrillers, including The Girls and Then She Was Gone (both of which were Richard & Judy Book Club picks). Lisa is a top ten New York Times and number one Sunday Times author who has been published worldwide in over twenty-five languages. She lives in north London with her husband, two daughters, two cats, two guinea pigs and the best dog in the world.