The world is on the brink of crisis.
The Cold War is playing out once more on the global stage.
And governments will do whatever it takes to stay at the top . . .

To those who don’t really know her, Kate Henderson’s life must seem perfectly ordinary. But she is in fact a senior MI6 officer, who right now is nursing the political equivalent of a nuclear bomb.

Kate’s most recent mission has yielded the startling intelligence that the British Prime Minister has cancer – and that one of the leading candidates to replace him may be a Russian agent of influence.

Up against the clock to uncover the Russian mole, Kate risks everything to get to the truth. But with her reputation to uphold, her family hanging by a thread and a leadership election looming, she is quickly running out of options, and out of time.

An exemplary read! Thrilling, exciting, gripping … and all the more scary because it’s totally realistic in today’s world.

Kate Henderson is similar to thousands of other working mothers; she juggles childcare with her husband Stuart and often deals with office issues during her off-the-clock hours and vice-versa. However, Kate’s job is a bit different to most of us; she is a senior MI6 officer and often has to travel far and wide at a moment’s notice. When intelligence sourced by Kate’s team turns out to be true, it appears that they have not only someone in government with leanings towards Russia but also a mole in their own building which racks ups the responsibility and the tension both at work and at home.

This is an absorbing and awe-inspiring read! I was riveted from first to last, reading it all in a day – well, in all honesty there was no way I could fall asleep last evening without knowing how it was all going to play out. We are all well aware that there are dirty dealings behind closed government doors and this is an entirely believable scenario with powerful characters and a page-turning narrative. Tom Bradby creates an original, observant and highly memorable novel which I have relished and it certainly puts him on my ‘must-read’ list of authors. I cannot recommend this one highly enough – it’s a well-paced, unforgettable and wholly unpredictable read, earning a full five shiny golden stars!

My thanks to publishers Random House for my copy via NetGalley. This is my honest, original and unbiased review. 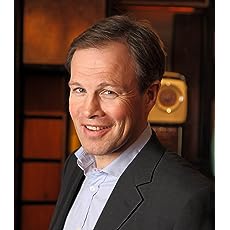 Tom Bradby is a novelist, screenwriter and journalist. As a broadcaster, he is best known as the current Anchor of ITV’s News at Ten, and presenter of all recent overnight election and referendum programmes on ITV. In his first year in the job, he was named Network Presenter of the Year by the Royal Television Society.

He has been with ITN for almost thirty years and was successively Ireland Correspondent, Political Correspondent, Asia Correspondent (during which time he was shot and seriously injured whilst covering a riot in Jakarta), Royal Correspondent, UK Editor and Political Editor – a job he held for a decade – before being made the Anchor of News at Ten in 2015.

His 2010 novel, The Master of Rain, was shortlisted for the Crime Writers Association Steel Dagger for Thriller of the Year, and both The White Russian and The God of Chaos for the CWA Historical Crime Novel of the Year. He adapted his first novel, Shadow Dancer, into a memorable film directed by Oscar winner James Marsh and starring Clive Owen, Gillian Anderson and Andrea Riseborough. His script for the film was nominated for Screenplay of the Year in the Evening Standard Film Awards.