Pop music blares from the radio. She sings drunkenly from the backseat. The thrash of windscreen wipers against the driving rain. The screech of tyres. A thud.

Naomi and I are best friends. School runs, dog walks, a shoulder to cry on over a glass of wine, we’re inseparable. But now my husband has walked out, I need her more than ever. I know she will help me pick up the pieces. Because she knows about the lie I told to protect her. She knows how much I’ve sacrificed for this friendship. And she’d never let anyone hurt me. Would she?

This extraordinary page-turner will suck you in from the very first page and keep you gripped until the breathtaking finale. Fans of The Wife Between Us, The Girl Before and Gone Girl will adore this twisted tale of toxic female friendship.

This is a chilling read about the relationship between two women which has lasted a long time .. but is it always friendly?

Naomi and Sophie live fairly close to each other; both married, Sophie with a son and Naomi with two daughters they tend to socialise often, but it turns out it’s not always a healthy relationship. As we get more involved in the family lives of both these women, it becomes clear that there are long term issues between the two which cast a long shadow over both lives.

I wasn’t quite sure what to expect from this novel as it is the first Clare Boyd book I’ve read, but I really hope it won’t be the last. I very quickly found myself embroiled in the relationship between these two women and, to begin with, my sympathies wavered from one to the other. ‘Be sure you’re sins will find you out’ crossed my mind more than once, as the story bounced from one viewpoint to the other. There is no way I could have seen the end coming, and I doubt you will either.

What a read! Firmly entrenched in realism, this is all too believable and, as such, left me with a bit of a creepy feeling. After all, most of us would assume we could trust out best friend … but can we? Well-written with a fine plot, this is a riveting read and one which kept my attention all way through. I was slightly shocked at the ending, but when I considered the alternatives realised it was absolutely perfect. With a doubt, a five star read!

My thanks to publisher Bookouture for my copy via NetGalley. As always, this is my honest, original and unbiased review. 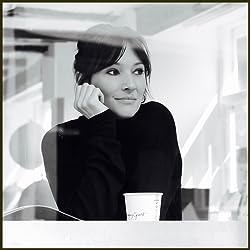 Clare lives with her husband and their two daughters in Surrey, where her little green shed at the bottom of the garden provides a haven for her writing life. Before becoming a writer, she enjoyed a career in television, as a researcher in documentaries and then as a script editor in drama at the BBC and Channel Four, where her love of storytelling took hold.

Clare’s books LITTLE LIAR and THREE SECRETS are published by Bookouture and are available to buy now.

One thought on “Her Closest Friend #BookReview #NetGalley”