He’s been threatened, beaten and broken – but still he doesn’t regret meeting the actress who disappeared…

Their attraction is instant. Between the sheets, Diana tells him of the blackmail and betrayal which ruined her. And how – even now – she’s being tormented.

Emboldened, Michael sets out on a mission to track down a compromising roll of film – unaware that around the next corner lurks deadly peril.

Can Michael save Diana from her past? Or will the secrets which crushed her life destroy them both?

Diana Christmas: Blackmail, Death and a British Film Star is a must-read for all fans of hard-boiled crime and film noir. If you love the thrillers of Megan Abbott, Guy Bolton and James Ellroy, then you will adore Diana Christmas!

Phew .. what a speedy read! Whilst I’m not normally a great fan of noir, I absolutely loved this novel!

Michael Mallory is a young and inexperienced journalist for a movie magazine; sent out to interview a former screen siren he meets Diana Christmas for the first time .. and what a siren she is! Still as beautiful as when she was a star, Michael falls completely under her spell, and so the dance begins . . .

This is a fabulous read! I found myself invested in the story really quickly, and began to really care about the characters. Whilst Diana has several sides to her personality, if Michael is guilty of anything it’s his naivety. Quite how a young man is so gullible is really quite astounding – and yet that’s why this story works. With a good plot, great characters and strong writing, this was an absolute pleasure to read and I found myself racing through it. I think it’s probably a more honest look at the pretentious film industry than most other novels I’ve come across set around that time, and author F. R. Jameson is now most definitely on my radar. A most enjoyable and enticing read, and one I would certainly recommend.

My sincere thanks to the author for alerting me to his work and providing my copy of his novel. This is my honest, original and unbiased review. 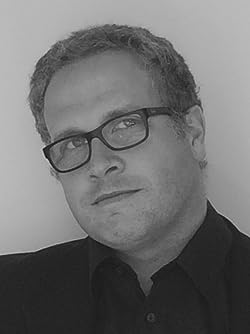 F.R. Jameson was born in Wales, but now lives in London with his wife and young daughter. He writes both historical thrillers and supernatural thrillers.

His books are, at the moment, mostly sorted into two different – but complimentary – series. The first, ‘Screen Siren Noir’, currently comprises of three novels: ‘Diana Christmas’, ‘Eden St. Michel’ and ‘Alice Rackham’. All of which tell the stories of beautiful British film stars caught up in Noir tales of blackmail, obsession, scandal and death. He is currently working on both the fourth and fifth books in the series.

The second series is more disturbing and scary, and lives under the moniker: ‘Ghostly Shadows’. Right now there is only one book published, a tale of supernatural revenge – ‘Death at the Shadows’. However, 2019 will bring four more entries to terrify and intrigue.