Thrown together by tragic circumstances some years previously, Meg and Clarrie’s hard-won friendship eventually brought them both some sense of peace. But how deep do their feelings run, and how long can their happiness last?

The outbreak of war brings a new set of concerns and emotions, especially with the arrival of the evacuees who come to share their home and lives.

Can they unite to form a bond powerful enough to sustain them through the darkest days of war?

And what will happen when an enemy from Meg’s past comes back to haunt her?

The heart-warming sequel to Nobody’s Girl. 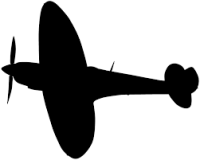 Tania Crosse’s A Place to Call Home is a novel I’ve been so looking forward to reading as it is the sequel to Nobody’s Girl which I completely adored. This one begins where the other one ended and it took no effort at all to get back into the story. As with the first, this novel is an absolute joy to read.
We follow the residents of Robin Hill House through the declaration of WWII and the trying years which follow. The tale does touch on all the horrors of war but mainly concentrates on how life in the country fares during the dark days and weeks. Relationships grow and move on and, for me, nothing was missed. With great characters and a well-planned story, this is a very satisfying read and both novels have resulted in Tania Crosse being added to my ‘must read’ list. No hesitation in recommending this wonderful saga.
I received an arc via NetGalley in exchange for my honest, original and unbiased review.