This year sees the seventy-fifth anniversary of D-Day. We owe an enormous debt of gratitude to those brave boys who went to fight on French beaches for our freedom.

And now Berecombe is playing host to our American allies once more. All surviving soldiers who were billeted in the town have been invited for street parties, a D-Day parade, a black-tie ball at The Henville and much, much more.

So, come along, get dressed up and join in the fun!

Berecombe’s year of commemoration may be coming to a close… but the rest of Ashley Lydden’s new life has only just begun!

Ashley couldn’t have predicted that she’d find herself a whole new – much happier – life in the quiet, seaside town of Berecombe, but now she can’t imagine being anywhere else.

She knows better than most though that life has a way of surprising you when you least expect it, so when things start going all kinds of wrong for Ashley and her handsome American, Eddie McQueen, she’s forced to lean on her new friends for support.

Thankfully, the residents of Berecombe learned decades ago that there’s no problem that can’t be fixed with a little bit of bunting and a whole lot of love… 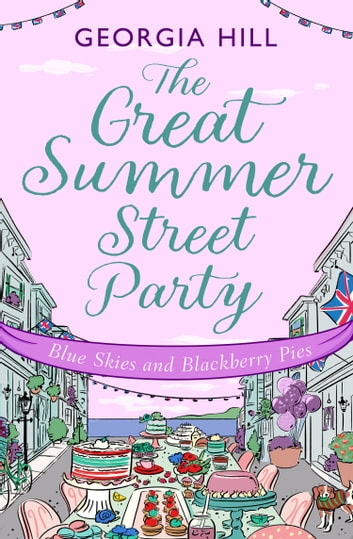 A Wonderful Conclusion to a Fabulous Series!

A third delightful, and concluding, instalment in this fabulously heart-warming series!

Moving to the seaside town of Berecombe was a great decision for Ashley Lyddon; following an accident which left her needing rehabilitation, she has been able to recommence independent living, met new friends and is beginning to get her career back on track. She also has a new romance in her life, but when she begins to doubt that she and American Eddie McQueen have a future together, her friends pull together to reassure her. As this is the 75th anniversary of D-Day, the locals aren’t yet done with their celebrations and as we all know, bunting and a party are the solution to many ills . . .

This has been a wonderful series to read; Georgia Hill created Berecombe in a previous series’ and it has developed into the very place that we would all love to go on holiday! This time round there has been a lot to learn about the past, in particular the generation who lived through the war and have the tales to tell. There is such a marvellous cast of characters that I couldn’t possibly pick a favourite but the older generation can entertain like nobody else! I have smiled, laughed and yes, at times, wiped away a tear while reading this one and it completes the series beautifully. An absolutely gorgeous read – and one which I left with a sigh of satisfaction. A superb summer read, and easily earning all five glowing stars.

I purchased this novel in ebook format; this is – as always – my honest, original and unbiased review. 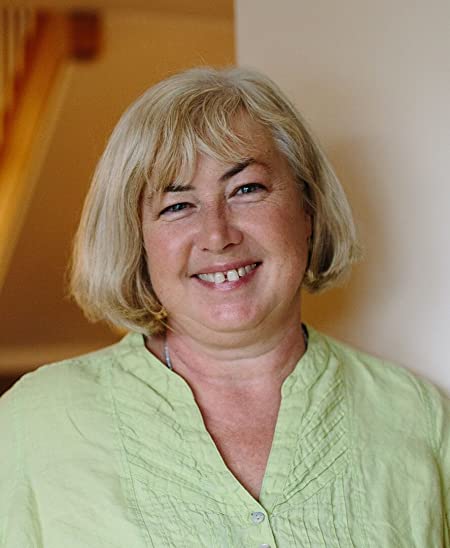 I’ve always written – journals, diaries, some really bad poetry! And I’ve always talked a lot about writing a novel. When I moved house for about the ninth time in as many years and lost my precious notebooks, I decided the time was right to write! So I began a long short story based on two characters who nagged and nagged until they were written down. I completely rewrote that story and the result was my first novel Pride and Perdita.

I’ve moved on to write warm-hearted and up-lifting contemporary and timeslip romances about love, the power and joy in being an eccentric oldie and finding yourself and your community.  There’s always a dog. It’s usually a naughty spaniel of which, unfortunately, I’ve had much experience! My books are now firmly rooted in seaside towns similar to the one I live in. I love history especially when it insists on rearing up and battering at the present.

As a child I had an invisible friend called Gonky who lived on the third stair  from the bottom (true story). As an adult my invisible friends inhabit my head and refuse to leave until I’ve committed them to paper.

Readers of my books can escape into a warm bath of words and, no matter what challenges I throw at my characters they will, ultimately, have a happy ending.