‘Immersive, thrilling and packed with wonderful characters…I absolutely loved every page of this incredible book’ Jill Mansell, bestselling author of Maybe This Time

Three very different women are recruited to the mysterious Bletchley Park, where the best minds in Britain train to break German military codes.

Vivacious debutante Osla has the dashing Prince Philip of Greece sending her roses – but she burns to prove herself as more than a society girl, working to translate decoded enemy secrets. Self-made Mab masters the legendary codebreaking machines as she conceals old wounds and the poverty of her East-End London upbringing. And shy local girl Beth is the outsider who trains as one of the Park’s few female cryptanalysts.

Seven years after they first meet, on the eve of the royal wedding between Princess Elizabeth and Prince Philip, disaster threatens. Osla, Mab and Beth are estranged, their friendship torn apart by secrets and betrayal. Yet now they must race against the clock to crack one final code together, before it’s too late, for them and for their country.

A stunning read with so much substance!

Three young women find themselves doing their bit for the war effort in Bletchley Park; with secrecy so stringent that no-one is really sure what anyone else does. Osla is very much a society girl – and one who has the eye of dashing Prince Philip – desperate to prove that she is more than a debutante. Mab hails from the east-end of London and has hauled herself up out of poverty purely by her own efforts – and she’s not finished yet. Beth meets the other two when they are billeted in the home where she lives with her parents, very much under her mother’s thumb. Seven years later, with the country is anticipating the marriage of our now Queen to Prince Philip, these three are estranged due to betrayal and secrets. Can they work together to crack one final and vital code?

Like most, I am familiar with what went on at Bletchley Park during WWII and how important it was to our nation; however, this story is on a different level to any other and much more informative about what life was like for those sent there. From the very beginning, we are made aware there is a mystery surrounding the friendship of our three main characters and this slowly dissolves throughout the book almost imperceptibly as there is so much else to take the reader’s attention. A lengthier read than most, there is never a lull in this one; the author has created a marvellous tale and one which would transfer perfectly to the big screen. The characters are beautifully described and come alive on the page. The sacrifices made in the name of saving this country are clearly shown and the mysteries are attention grabbing throughout. I had my suspicions of what was going on in the bigger picture but, not for the first time, I was spectacularly wrong. Very cleverly written, creating a compulsive and enthralling read which absolutely deserves my highest recommendation and all five sparkling stars! 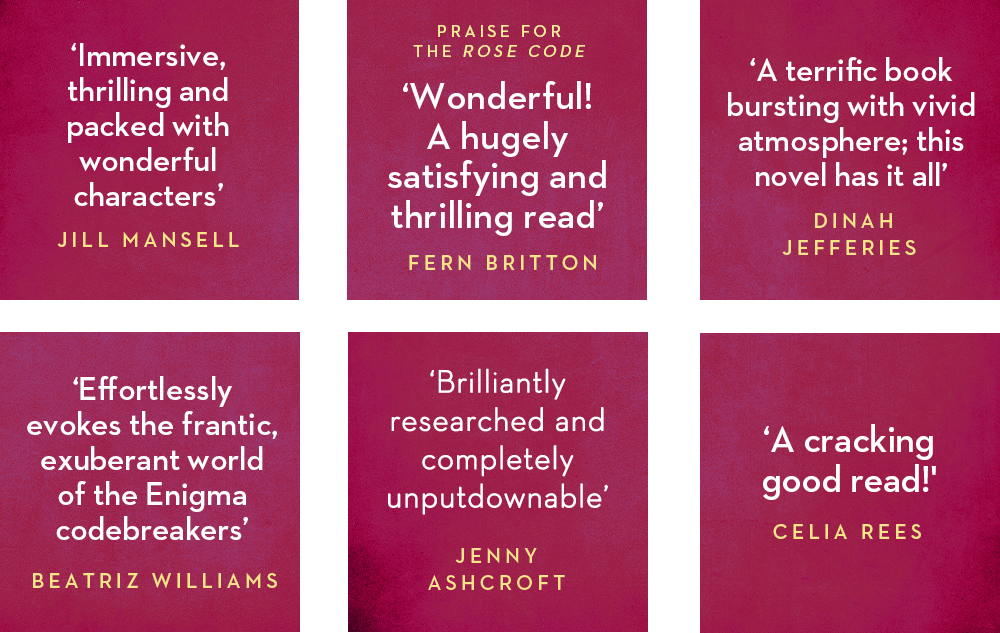 Kate Quinn is a native of southern California. She attended Boston University, where she earned a Bachelor’s and Master’s degree in Classical Voice. A lifelong history buff, she has written four novels in the Empress of Rome Saga, and two books in the Italian Renaissance detailing the early years of the infamous Borgia clan. All have been translated into multiple languages.

Kate has succumbed to the blogging bug, and keeps a blog filled with trivia, pet peeves, and interesting facts about historical fiction. She and her husband now live in Maryland with two black dogs named Caesar and Calpurnia, and her interests include opera, action movies, cooking, and the Boston Red Sox.