“Your problem is you have a Russian soul,” Anna’s mother tells her.

In 1980, Anna is a naïve UConn senior studying abroad in Moscow at the height of the Cold War—and a second-generation Russian Jew raised on a calamitous family history of abandonment, Czarist-era pogroms, and Soviet-style terror.

As Anna dodges date rapists, KGB agents, and smooth-talking black marketeers while navigating an alien culture for the first time, she must come to terms with the aspects of the past that haunt her own life.

With its intricate insight into the everyday rhythms of an almost forgotten way of life in Brezhnev’s Soviet Union, Forget Russia is a disquieting multi-generational epic about coming of age, forgotten history, and the loss of innocence in all of its forms. 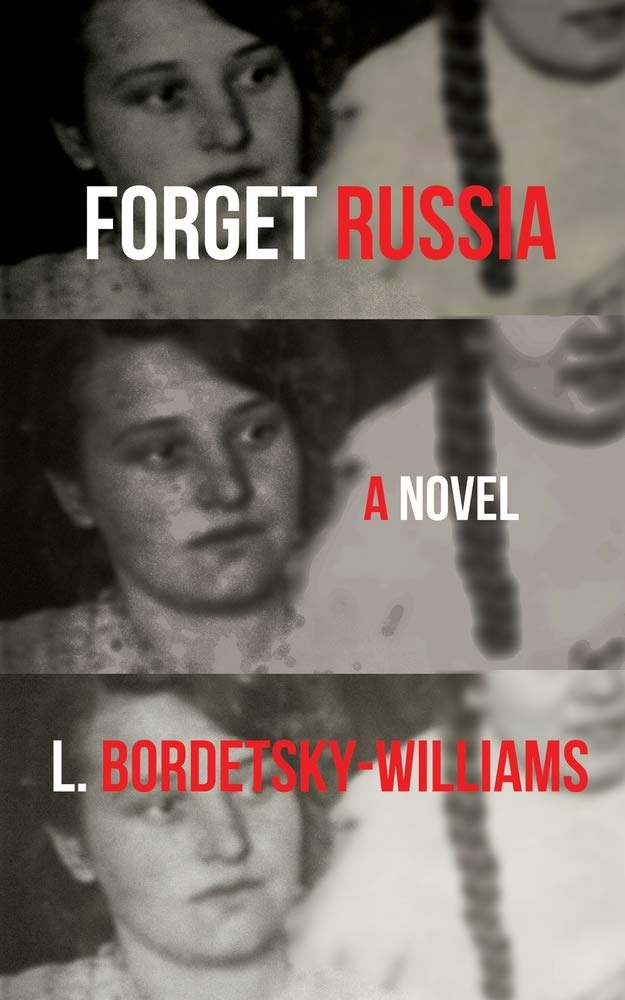 So very interesting; this one has enthralled me all the way through!

Anna is American, but her family travelled to the states from Russia so she wants to know more about them. Studying Russian at college, Anna travels to Moscow ostensibly to improve her Russian but she also wants to find out more about her ancestry. However, day to day life there is very different to life in America, and whilst Anna can move around the city freely, it’s not without risk . . .

Told in a dual timeline, this book follows both Anna’s trip and her grandmother’s younger days both in Russia and America, and it is a riveting read. I got completely immersed in the story very quickly and struggled to put it down as there was always something I was keen to know. The comparison between the two societies is obvious and fairly unsettling at times. Before reading this one, I wasn’t aware of any of the below-the-surface details of Russia during the period of time written about here and I’m aware of having learned a lot. A fascinating, well written novel which I’m happy to recommend and give 4.5*

My thanks to the author both for her request and my copy of her novel; this is – as always – my honest, original and unbiased review.

L. Bordetsky-Williams (aka Lisa Williams) grew up in New York City. She is also the author of The Artist as Outsider in the Novels of Toni Morrison and Virginia Woolf (Greenwood Press, 2000) and has been inspired by both of these towering authors. In 2005, she published a book of creative nonfiction, Letters to Virginia Woolf (Hamilton Books). She is also a poet and has published three poetry chapbooks: Sky Studies (Finishing Line Press), The Eighth Phrase (Porkbelly Press), and In the Early Morning Calling (Finishing Line Press). She is a Professor of English and Literary Studies at Ramapo College of New Jersey.