For legal reasons, this novel does not mention J*mes B*nd. Which is a shame, because it is a comedy spy story based on the idea that I*n Fl*ming’s famously macho secret agent might have been inspired by a woman …

It is April 1944, and chic armchair naval officer Ian Lemming is accidentally beached in Nazi-occupied Normandy. With no access to a razor or clean underwear, and deprived of his cigarettes, Lemming just wants to go home. But he is stranded with a young, though hugely experienced, female agent, who is on a perilous mission to unmask traitors in a French Resistance network.

So, as she bullies him across France, Lemming receives a painful crash course in spycraft, and starts to fantasize about a fictional agent – male of course – who would operate only in the most luxurious conditions, and lord it over totally subservient women.

A fictional spy is born …

Stephen Clarke said: ‘In World War Two there really were female undercover
agents who were ten times tougher and braver than Ian Fleming. I thought it would
be great fun to send him (or rather, someone very like him) on a dangerous mission
with one of these women who would show him what real spies got up to.’

Stephen Clarke has combined his knowledge of French history with a fondness for
Ian Fleming’s novels (despite their old-school machismo) to create The Spy Who
Inspired Me, set in the complex background of real Occupied France.

Stephen Clarke is the bestselling author of the Merde series of comedy
novels (A Year in the Merde, Merde Actually, Dial M for Merde et al) which
have been translated into more than 20 languages and sold more than a
million copies worldwide.

Such fun! I don’t know why, but ‘Allo ‘Allo kept popping into my mind whilst reading this . . .

Naval Office Ian Lemming likes the finer things in life – including women; but the latest female in his life isn’t his usual type. She’s a young female agent heading to France on her latest mission. Unfortunately for him, the landing doesn’t go quite as planned and he finds himself stranded in France wearing only the clothes he stands up in (standard British issue). Of course as a male officer, he considers himself vastly superior . . .

The author has pitched this one just right. The seriousness of all those who risked their life during WWII in France, especially those who are part of the Resistance, is upheld throughout this novel while the relationship between Lemming and the young agent provides so much entertainment! Male chauvinism was rife during the war, it’s just how things were but women were beginning to prove that there was nothing they couldn’t do and, of course, officers thought they were definitely a cut above the man – and woman – in the street. The laughs are plentiful and I giggled my way through some excellent writing. I read a fair bit of fiction about WWII and this is definitely a lighter take on it. An easy flowing book which will take you through plenty of ups and downs, ensuring you hold your breath and feel your heart pounding every now and then. If you have a sense of humour, then I recommend this and happily give it 4.5*.

My thanks to Helen Richardson PR both for my copy and my spot in this tour; this is – as always – my honest, original and unbiased review. 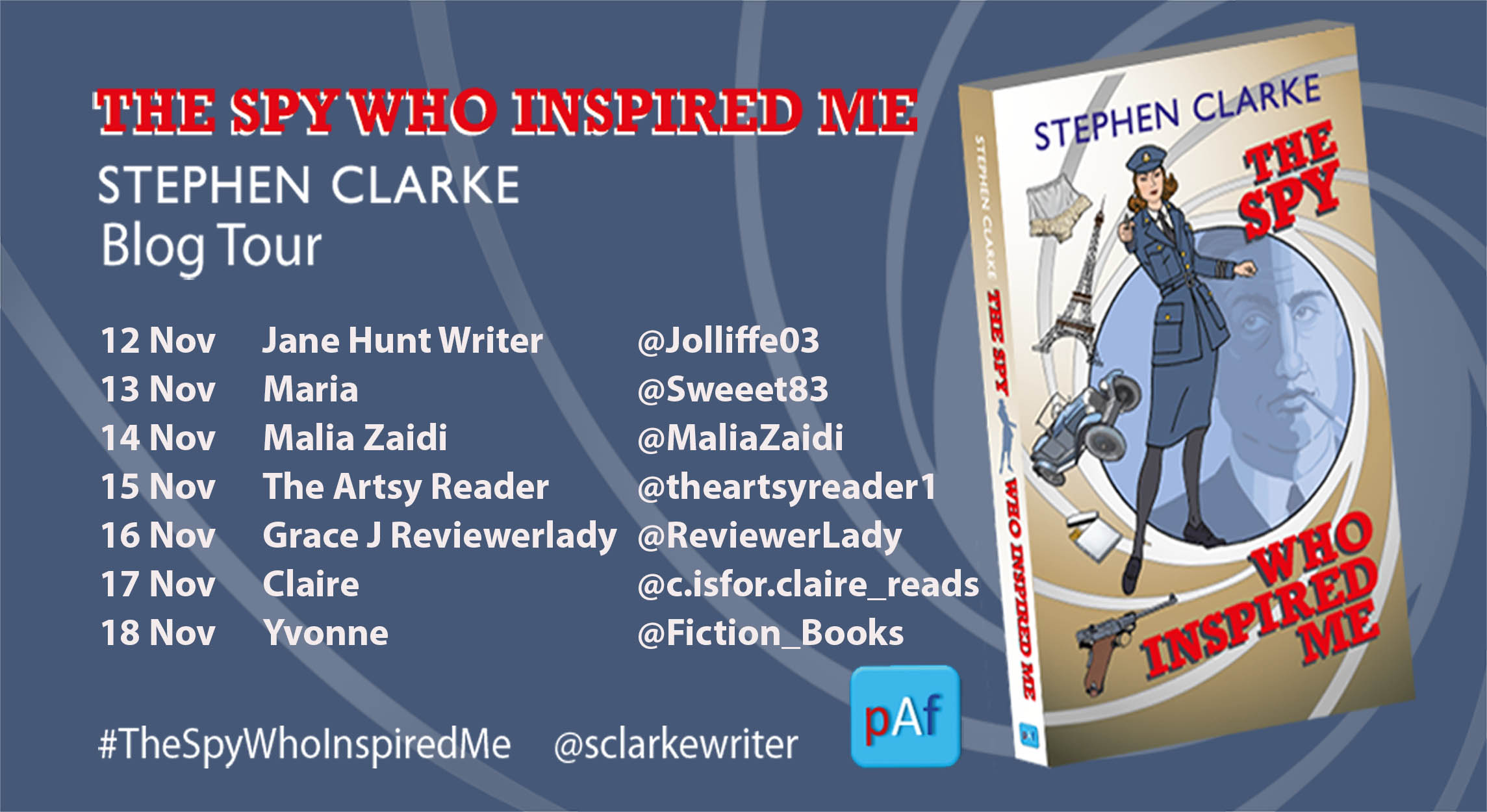 Stephen Clarke has also written several serious-yet-humorous books on Anglo-French history, such as 1000 Years of
Annoying the French (a UK number-one bestseller in both hardback and paperback), How the French Won Waterloo (or Think They Did), and The French Revolution & What Went Wrong.

He lives in Paris.