All you’ve done is taken in a parcel for a neighbour. You have no idea what you’ve let into your home.

Emma’s the one that got away.

The only survivor of a killer known in the tabloids as ‘the hairdresser’ – because of the trophies he takes from his victims.

Or she thinks she was.

The police aren’t convinced. Nor is her husband. She never even saw her tormentor properly, but now she recognises him in every man.

Questioning her sanity, she gives up her job as a doctor in the local hospital and retreats from the world. It is better to stay at home. Quiet. Anonymous. Safe. He won’t find her here.

And all she did was take a parcel for a neighbour.

She has no idea what she’s let into her home. 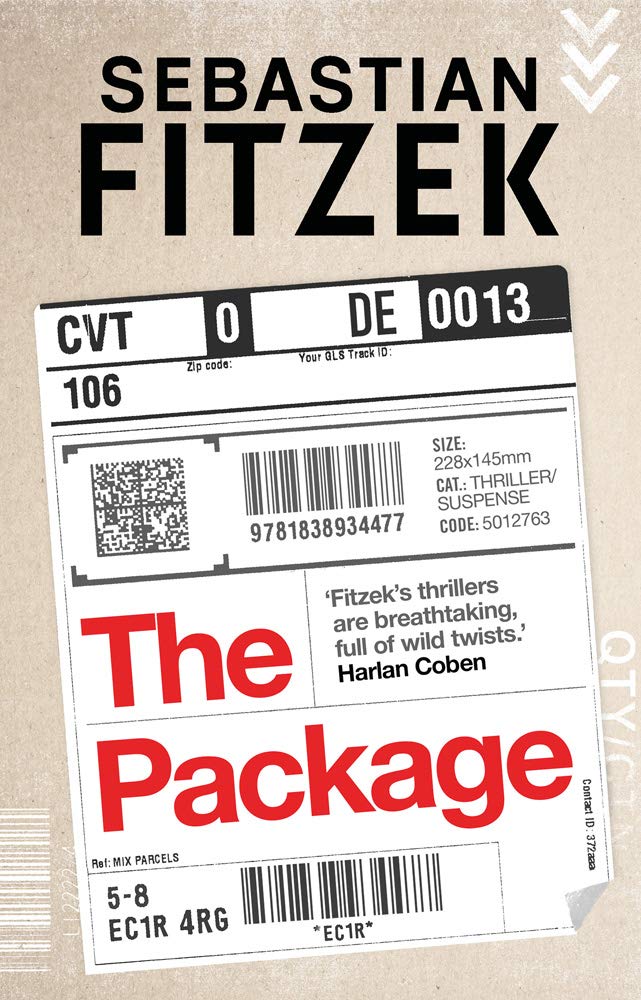 Now here’s a book which won’t just confuse you – it will tie you up in knots, and then some!

Emma was attacked and raped in her hotel room by a predator commonly referred to as The Hairdresser, due to his penchant for shaving the head of his victims. She is convinced of this but not everyone believes her, not even her husband. It has left her with understandable fears of everyday life. She has given up her job as a doctor and stays at home where she feels safe and secure in the knowledge that her aggressor won’t find her. After all, his previous victims were all murdered. Then she is persuaded to accept a package for a neighbour. She has no idea just how much that one little parcel is going to affect her.

I’ve never heard of this author before; hardly surprising since he is the number one bestselling author in Germany and I live in Scotland. This is an excellent translation, very readable indeed. Not for the faint-hearted, this book has more changes of direction than anything else I’ve read. Twists and turns galore, I was pulled one way and then the other and just could not decide which version to believe. This is one novel where you can trust no-one – not a single soul. But what an outcome! I must admit, at one point I wondered if we were ever going to get to the crux of the matter, but I’m glad I stuck with it. This one will play with your mind, and earns 4.5*.

Sebastian David Fitzek is a German writer and journalist. His first book, Therapy, was a bestseller in Germany in 2006, toppling The Da Vinci Code from the first position. Fitzek is currently one of the most successful writers of Germany.