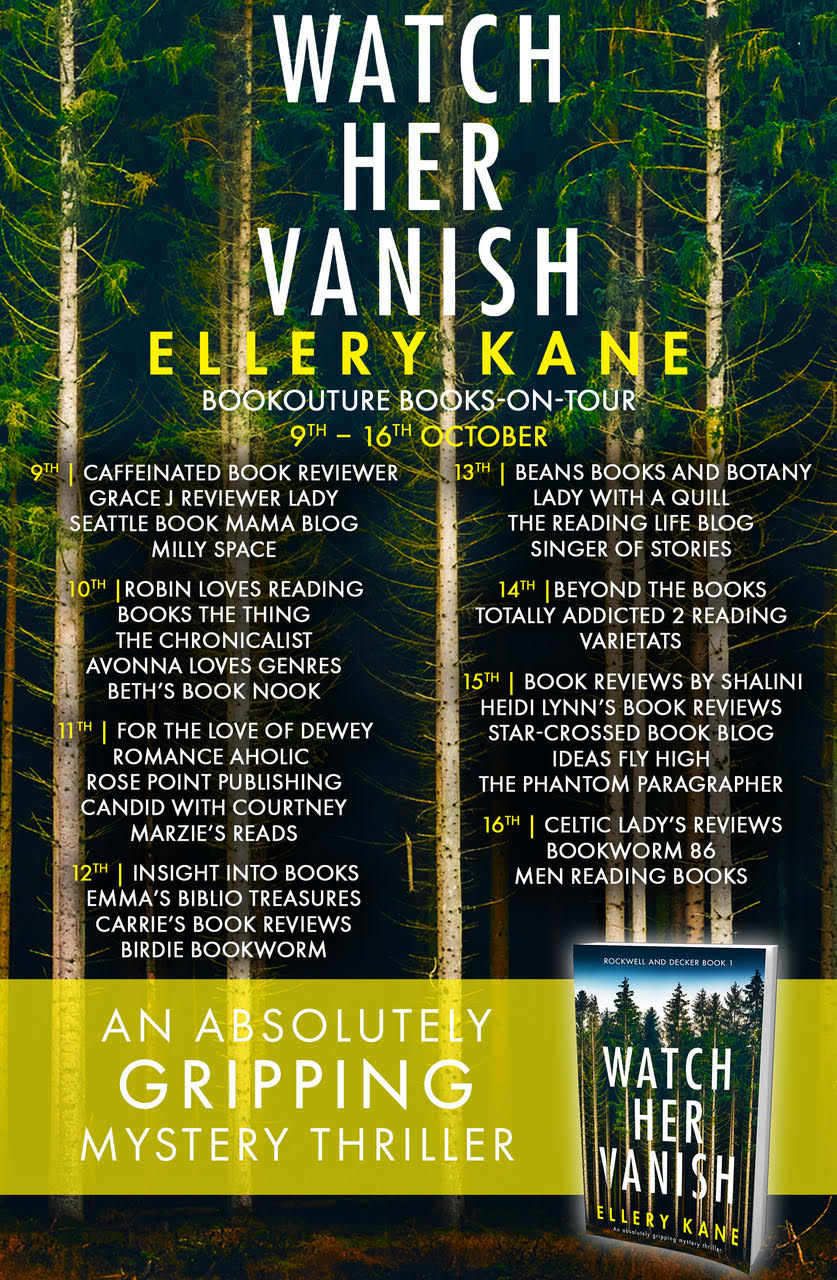 The beam from the lighthouse slices through the dawn sky as she runs down the rocky stairway to the beach. She tries to take it all in—the waves crashing against the cliffs, the whip of salt grass in the wind—before finally dragging her eyes down to the innocent girl’s blonde hair, strewn across the bottom step like seaweed…

Returning home to Fog Harbor, California, to be closer to her little sister, Olivia Rockwell is struggling to adjust to life in a town so small she can hardly breathe. That is, until the sound of a scream leads her to the body of a local teacher in the shallows nearby. All the evidence points to Olivia’s most threatening criminal psychology patient, Drake, who is safely locked up behind bars…

Convinced of Drake’s innocence—and desperate to believe in the system that’s keeping her murderer father in prison and away from her sister—Olivia gets to work on her own suspect list. All her life she’s run towards trouble, but this time she’s treading on the toes of Detective Will Decker, whose past mistakes mean this case is his last chance to make amends.

Then a second woman’s body is discovered, strangled while out on an evening jog. The strip of blue material used to choke her implicates Drake once again, forcing Will to admit he needs Olivia’s special talent for understanding the minds of killers. It’s clear more innocent women will die if they don’t get one step ahead of the murders, and Olivia knows she will need her estranged father’s help to get close to Drake.

But when Olivia’s profile leads them to believe Drake could be masterminding murders from within the prison walls, a message written on a scrap of paper found in the latest victim’s car leads them to a terrifying realization: Olivia’s little sister will be next…

An addictive and unputdownable crime thriller that will keep you up all night. Perfect for fans of Melinda Leigh, Kendra Elliot and Mary Burton.

Definitely a ‘whodunnit’ – thing is, I couldn’t quite work out who!

Olivia Rockwell has returned to Fog Harbor in California to be close to her sister. The local state prison, Crescent Bay, provides a lot of employment locally, including Olivia who is a psychologist there. When another employee’s missing body is found, all the evidence leads to Olivia’s most serious inmate – but how can it have anything to do with him while he’s safely locked up 24/7? Olivia wants to believe the system works – after all, it’s kept her father safely locked away for a number of years – and embarks on her own investigation but locks horns with Detective Will Decker, who is officially dealing with her colleague’s death. Surely there must be a plausible explanation – but who will find it first?

A well-plotted mystery, full of secrets but ending up with everything clearly laid out but I would have liked it to be just a bit sharper, grabbing my focus instead of just asking for it. The story is good but it didn’t set my pulse racing, unfolding at it’s own pace until it’s all explained by the last page. It’ll be interesting to see where this series heads next though, and I’ll certainly watch out for the next book. Sometimes, it just takes the first one to set it all up. Four stars for this one.

My thanks to the publisher for my copy via NetGalley and to Galaxy Media for my spot on this tour; this is – as always – my honest, original and unbiased review.

Forensic psychologist by day, novelist by night, Ellery Kane has been writing–professionally and creatively–for as long as she can remember. Just like many of her main characters, Ellery loves to ask why, which is the reason she became a psychologist in the first place. Real life really is stranger than fiction, and Ellery’s writing is often inspired by her day job. Evaluating violent criminals and treating trauma victims, she has gained a unique perspective on the past and its indelible influence on the individual. And she’s heard her fair share of real life thrillers.

Ellery lives in the San Francisco Bay Area of California, a picturesque setting that provides the backdrop for many of her novels. If you don’t find Ellery interviewing murderers behind prison walls or pecking away at her latest novel, she is probably at the gym landing a solid jab-cross to a punching bag; riding bicycles with her special someone; or enjoying a movie the old-fashioned way–at the theater with popcorn and Milk Duds.

Ellery was previously selected as one of ten semifinalists in the MasterClass James Patterson Co-Author Competition, and she recently signed a three book deal with Bookouture for her new Rockwell and Decker mystery thriller series.
If you’d like to receive a notification when new books are released, please sign up for Ellery’s newsletter on her website. Ellery also signs e-books on authorgraph.com.