Best friends since primary school when they swore an oath on a Curly Wurly wrapper that they would always be there for each other, come what may.

After the trip of a lifetime, the three girls are closer than ever. But an unexpected turn of events shakes the foundation of their friendship to its core, leaving their future in doubt – there’s simply too much to forgive, let alone forget.

An innocent childhood promise they once made now seems impossible to keep . . .

Packed with all the heart and empathy that made Ruth’s name as a screenwriter and now author, Us Three is a funny, moving and uplifting novel about life’s complications, the power of friendship and how it defines us all. Prepare to meet characters you’ll feel you’ve known all your life – prepare to meet Us Three. 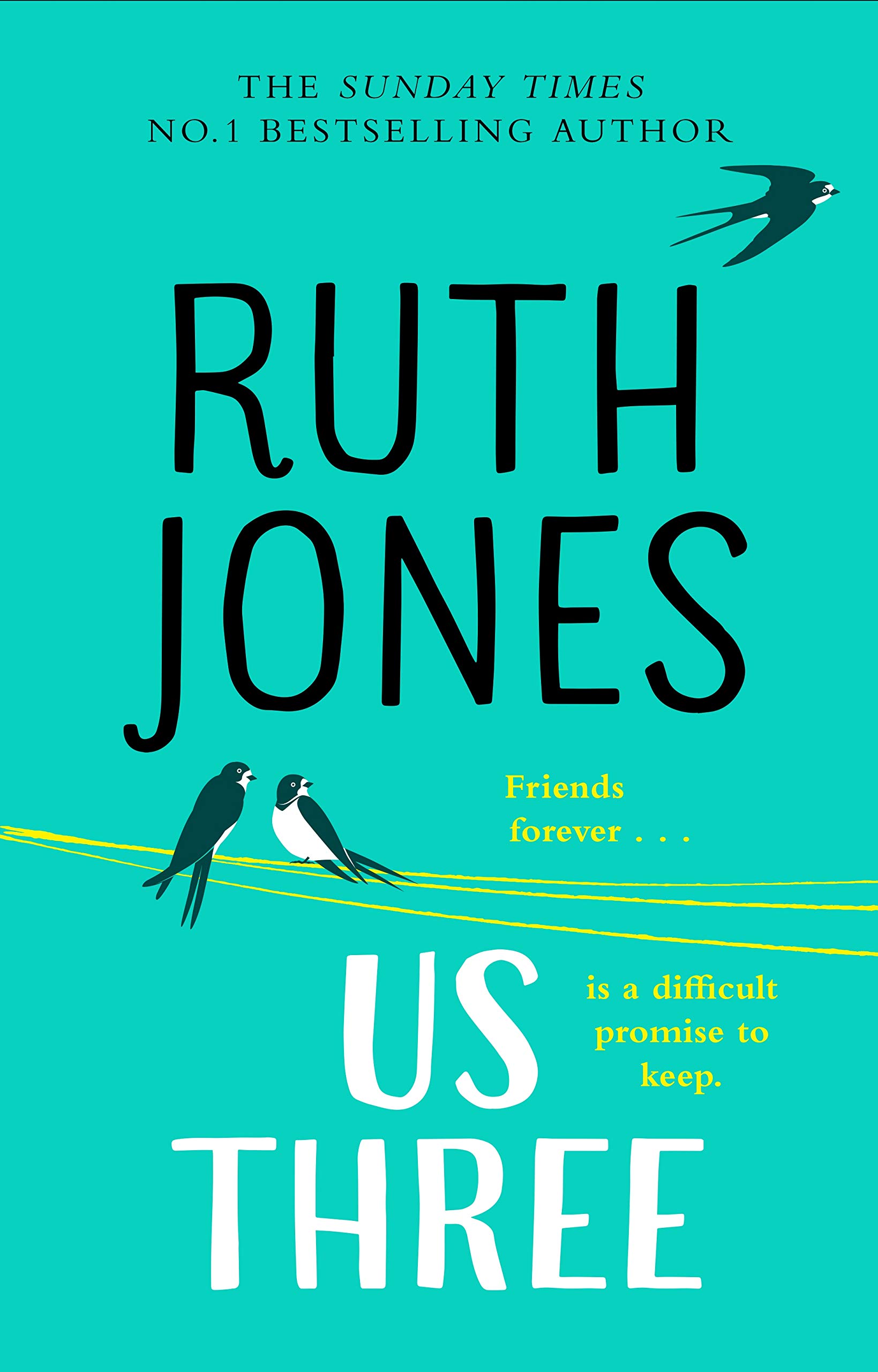 My favourite style of novel; three women whom we follow through the years with all their ups and downs. A fabulous treat!

Lana, Judith and Catrin became friends at five years old and at the end of their school days they plan to head off to travel around the Greek islands before heading their own separate ways to university. This is their story.

I feel as if I opened this book and it just swallowed me up! I adore books about multiple friendships and this is absolutely one of the best I’ve read with a pinch of sadness, family life, and so much fun along the way (Father O’Leary, take a bow). I have drawn in sharp breaths, giggled and reached for tissues whilst engrossed in this story; in fact, I’ve just added the author’s first novel to my list. I already knew that Ruth Jones could write awesome scripts for tv and, take it from me, she is every bit as gifted at producing a very readable novel. This is beautifully written, smoothly flowing all the way through and shows a real understanding of the characters. Completely unpredictable and so thoroughly satisfying. Completely worth a full house of five twinkling stars and a hearty recommendation.

My thanks to the publisher for my copy via NetGalley; as always, this is my honest, original and unbiased review.

Ruth Jones is best known for her outstanding and award-winning television writing, most notably BBC1’s Gavin and Stacey, which she co-wrote with James Corden and in which she played the incorrigible Nessa Jenkins. The most recent Christmas Day special of Gavin and Stacey gained national critical acclaim, drawing an audience of over 18 million and winning a National Television Award for Impact. Ruth also created and co-wrote Sky 1’s Stella, which ran for six series. As well as being Bafta-nominated for her role as the eponymous Stella, Ruth has also starred in several other television comedies and dramas.

Her debut novel Never Greener has now sold over a quarter of a million copies. It was chosen as WHSmith Fiction Book of the Year 2018, was a Zoe Ball Book Club pick, and was a Sunday Times best seller for fifteen weeks, three weeks at number one. Us Three is Ruth’s second novel.