Would you risk everything?

Carla Andrews and Lorraine West are work colleagues and best friends. They socialise together, they work in the same bookmakers and they support each other as only best friends can.

Then they are murdered together.

When DI Tom Fowler is handed the case, he discovers a journal that Carla has left and must unpick the secrets Lorraine has kept hidden.

Soon Carla’s and Lorraine’s husbands become the main suspects. It’s usually the spouse who is responsible, isn’t it?

Will the truth ever emerge?

Will Isaac ever be found?

And is knowing the truth always worth the sacrifice?

Anita Waller is the internationally bestselling author of multiple thrillers including 34 Days, The Kat and Mouse Series and the co-authored Liars. Gamble is an unmissable psychological thriller which will appeal to fans of authors like C. L. Taylor, Fiona Barton and B. A. Paris. 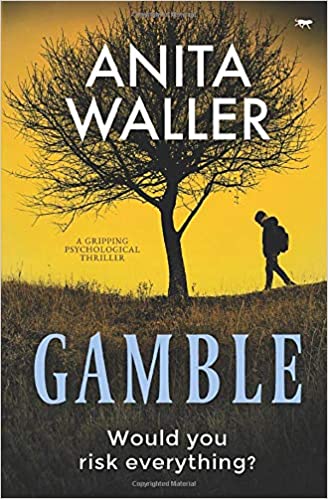 Lately, I seem to have hit a rich seam of exciting thrillers where, no matter how hard I concentrate, I don’t seem to be able to identify the guilty – and Gamble is one such novel!

Lifelong friends Carla and Lorraine turn up for work as usual one Saturday morning and, no sooner has the shop opened for business that they find themselves emptying the tills and safe for a masked intruder toting a firearm. When sirens are heard in the distance the gunman turns on them, leaving both women dead before racing from the premises. When DI Tom Fowler and his team begin unpicking the lives of these women, both married with families – it’s only a matter of time before little nuggets of information begin to open things up. When one of the teenage kids go missing too, everyone is on high alert; is it connected? With dogged police work, they’ll get to the truth – won’t they?

This is another book which got completely inside my head. I have been completely engrossed in this story, uncertain of who was guilty right up until almost the end. Did I get it right? Nope. Anita Waller weaves a very tangled web indeed in this one, creating believable characters both for the families and the investigating team and I was hooked from the very start. A very cleverly plotted and smoothly delivered tale which tied me in knots more than once and had me suspecting almost everyone at some point or the other. I really enjoyed the intricate investigative work and was on high alert waiting for them to, hopefully, get some small nugget of information which would give the authorities the breakthrough they so desperately needed. As I reached the end, I was aware of my jaw dropping wide open – this is THAT good! What an absolute scorcher of a read, and one which earns all five glittering stars. Fantastic! 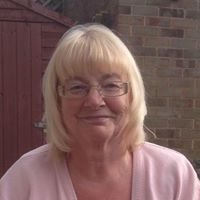 Anita Waller was born in Sheffield, South Yorkshire in 1946. She married Dave in 1967 and they have three adult children.

She has written and taught creative writing for most of her life, and at the age of sixty-nine sent a manuscript to Bloodhound Books which was immediately accepted.

In total she has written seven psychological thrillers and one supernatural novel, and uses the areas of South Yorkshire and Derbyshire as her preferred locations in her books. Sheffield features prominently.

The collection has four books available, following the success of the first book; she is currently working on book five, Murder Unjoyful. This will be launched in November 2020.

May 2020 will see the launch of two books. The first one, Liars, will launch on 11 May, and was co-written with a fellow author from Bloodhound Books, Patricia Dixon. The second book is called Gamble, a standalone novel, and will launch 25 May 2020.

She is now seventy-four years of age, happily writing most days and would dearly love to plan a novel, but has accepted that isn’t the way of her mind. Every novel starts with a sentence and she waits to see where that sentence will take her, and her characters.

In her life away from the computer in the corner of her kitchen, she is a Sheffield Wednesday supporter with blue blood in her veins! The club was particularly helpful during the writing of 34 Days, as a couple of matches feature in the novel, along with Ross Wallace. Information was needed, and they provided it.

Her genre is murder – necessary murder.