New York, 1940. Young, glamorous and inseparable, Vivian and Celia are chasing trouble from one end of the city to the other.

But there is risk in all this play – that’s what makes it so fun, and so dangerous. Sometimes, the world may feel like it’s ending, but for Vivian and Celia, life is just beginning.

City of Girls is about daring to break conventions and follow your desires: a celebration of glamour, resilience, growing up, and the joys of female friendship – and about the freedom that comes from finding a place you truly belong. 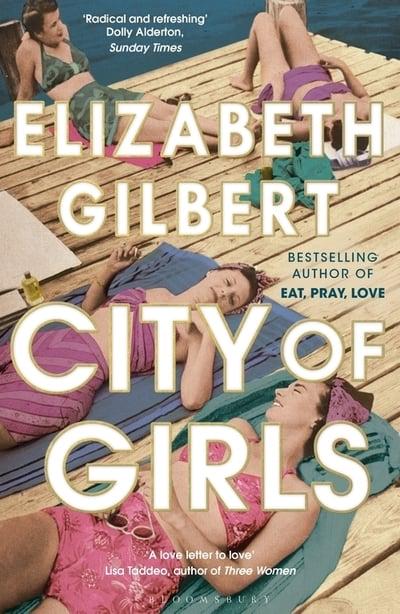 Not Quite What I Expected!

I have to admit I struggled with this one; it has it’s moments but for the most part it was a bit of a slog.

Vivian arrives in New York to live with her Aunt Peg, but it’s not the life that a genteel young lady is used to. Given free rein, Vivian and her friend Celia become wild young things, filling their time with nothing but fun once the work of the day is over . . .

I couldn’t wait to get started reading this one; the blurb really attracted me and I was sure it was my kind of book. In a way, it was – but I found the style of writing not to be to my taste. For a start, the whole story is told by way of a letter and this is the longest letter I’ve ever come across. There are some really exciting moments but, whilst I am no prude, I found a lot of it to be rather sleazy. The bit I adored more than anything was all the sewing details and Vivian’s skill and thirst for learning more about this. There was a few other bits which brightened up the story for me but, for the most part I had to make myself keep reading and it was a relief to reach the final page. Overall – after considerable thought – I have given this one 2.5*. However, I am sure that others will love it .. we all have different tastes after all!

Elizabeth Gilbert is an award-winning writer of both fiction and non-fiction. Her short story collection Pilgrims was a finalist for the PEN/Hemingway award, and her novel Stern Men was a New York Times notable book. In 2002, she published The Last American Man, which was a finalist for both the National Book Award and the National Book Critics’ Circle Award. She is best known for her 2006 memoir Eat, Pray, Love, which was published in over thirty languages and sold more than seven million copies worldwide. The film, released in 2010, stars Julia Roberts and Javier Bardem. Committed: A Sceptic Makes Peace with Marriage, a follow-up to Eat, Pray, Love, was published in 2010. Elizabeth Gilbert lives in New Jersey, USA.