A single twist of fate puts a servant girl to work in Queen Victoria’s royal kitchen, setting off a suspenseful, historical mystery by the New York Times bestselling author of The Tuscan Child and The Victory Garden.

Isabella Waverly only means to comfort the woman felled on a London street. In her final dying moments, she thrusts a letter into Bella’s hand.

It’s an offer of employment in the kitchens of Buckingham Palace, and everything the budding young chef desperately wants: an escape from the constrictions of her life as a lowly servant. In the stranger’s stead, Bella can spread her wings.

Arriving as Helen Barton from Yorkshire, she pursues her passion for creating culinary delights, served to the delighted Queen Victoria herself. Best of all, she’s been chosen to accompany the queen to Nice. What fortune! Until the threat of blackmail shadows Bella to the Riviera, and a member of the queen’s retinue falls ill and dies.

Having prepared the royal guest’s last meal, Bella is suspected of the poisonous crime. An investigation is sure to follow.

Her charade will be over. And her new life will come crashing down—if it doesn’t send her to the gallows. 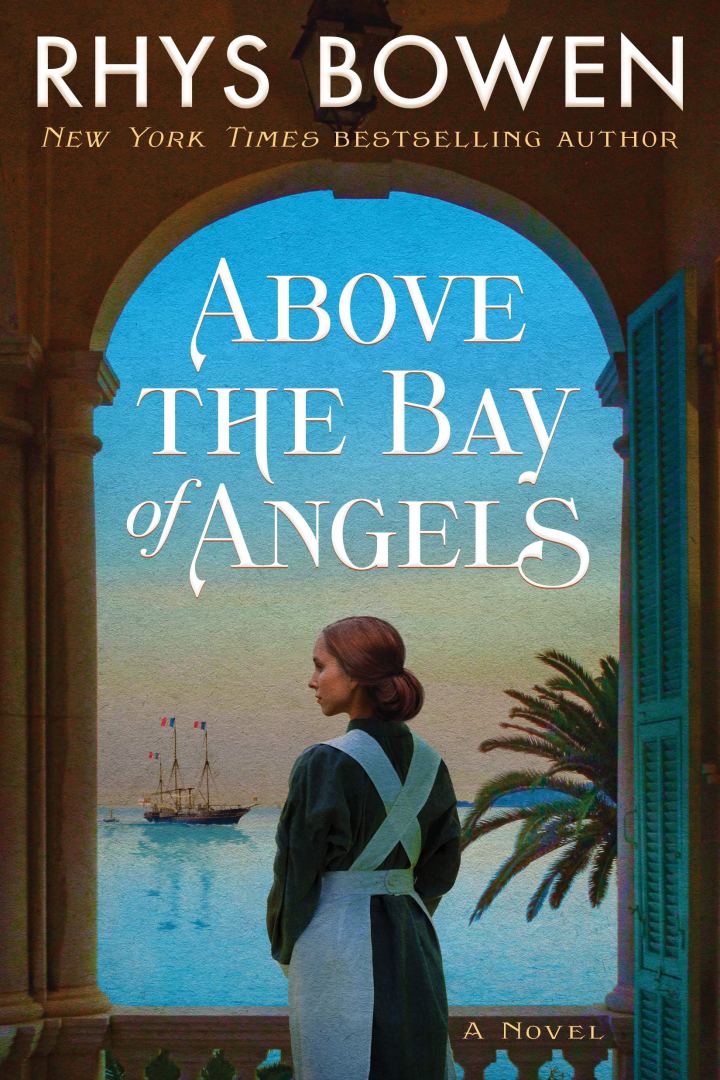 Warm, with a puzzling mystery and a bit of romance – what’s not to like?

Isabella Waverley hasn’t had the easiest of lives, but when she goes to the aid of a young woman on a London street in her dying moment, she agrees to take a letter from her and deliver it. Addressed to Buckingham Palace, the contents show that the young woman was heading for an interview for a kitchen position; as Bella herself works in a kitchen she seizes the chance to replace the dead girl and further her career.

This is a cleverly written tale, entwining fiction with fact and creating an enticing read. The characters are beautifully rounded, the scenery well described and the whole story flows from beginning to end. It’s worth reading the author’s piece at the end of the novel to find out what brought about the idea – I always enjoy getting the inside track! An enjoyable book, well worth four stars.

My thanks to the publisher for my copy via NetGalley; this is – of course – my honest, original and unbiased review.

Although I now live in California, I’m a transplanted Brit–born in Bath, but my mother’s family comes from Wales. Hence my first mystery series featured a Welsh police constable (the Constable Evans Mysteries of which there are 10). I’ve been a writer all my life but finally decided to write what I like to read–mystery novels with a great sense of time and place.
I currently write two series: The Molly Murphy mysteries set in 1900s New York City, featuring an Irish immigrant woman, and the lighter Royal Spyness Mysteries about a minor royal in 1930s England. She’s Lady Georgiana, 34th in line to the throne, but completely penniless. These have been described by Booklist as “a smashing romp.”
My books have been nominated for every major mystery award in the US and I have won 9 including Agatha, Anthony and MacAvity awards.

My Royal Spyness books ring true because I married into a family that once owned stately homes and has cousins with funny nicknames. So many good anecdotes there! The Royal Spyness books currently have a movie option and I’m hoping they will become more available in Britain.

When I’m not writing I love to travel, hike, sing, play my Celtic harp and generally enjoy lie.