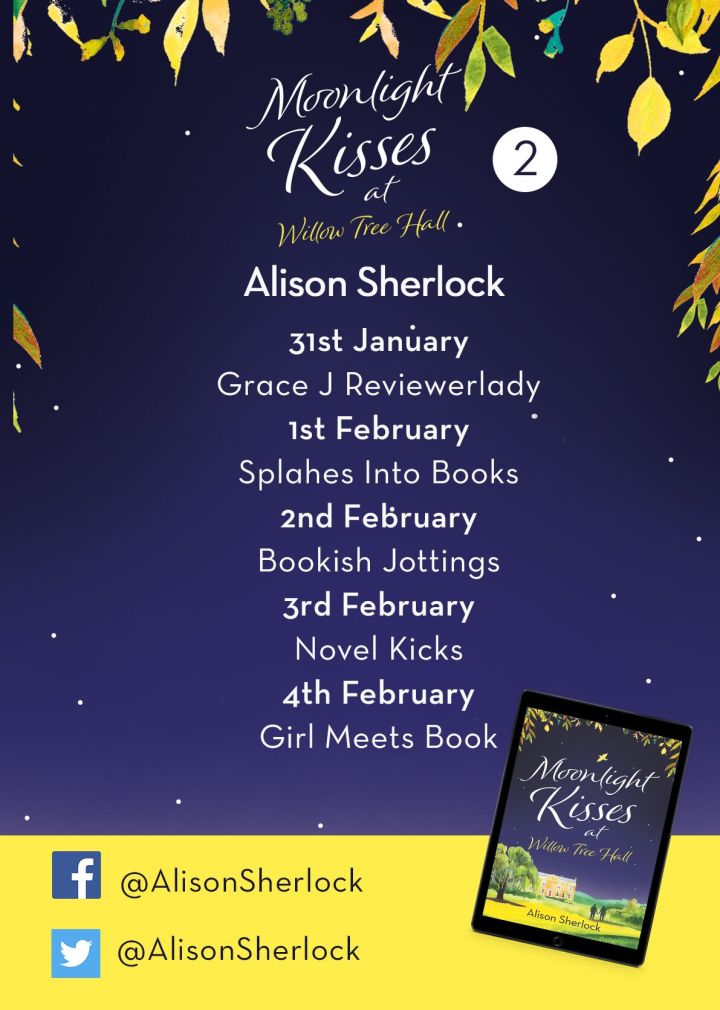 Romance blossoms under the stars in this feelgood love story for fans of Milly Johnson and Heidi Swain.

Lily Harper is an events organiser, but her neat, ordered world has just exploded. First she lost her job, then she lost her fiancé. Her five-year plan is looking increasingly shaky.

Lost and lonely, Lily heads home to her childhood village, and accepts the position of live-in housekeeper at the grand but welcoming Willow Tree Hall. It’s not exactly her dream job – Lily is more used to arranging parties than pantries – but at least she’s working.

Her first task is to arrange the Willow Tree Hall summer fete. Lily is in her element, writing to-do lists and organising bunting and baking – until her old flame Jack Carter turns up in the village. Lily hasn’t seen Jack in over ten years, when he sped off on his motorbike, taking with him the pieces of her broken heart.

Lily vowed she would never forgive him. But as Willow Tree Hall weaves its magic, Lily finds she might just give Jack a second chance after all…

Full of warmth, tears, love and laughter, this is a gripping romance for fans of Heidi Swain and Philippa Ashley. 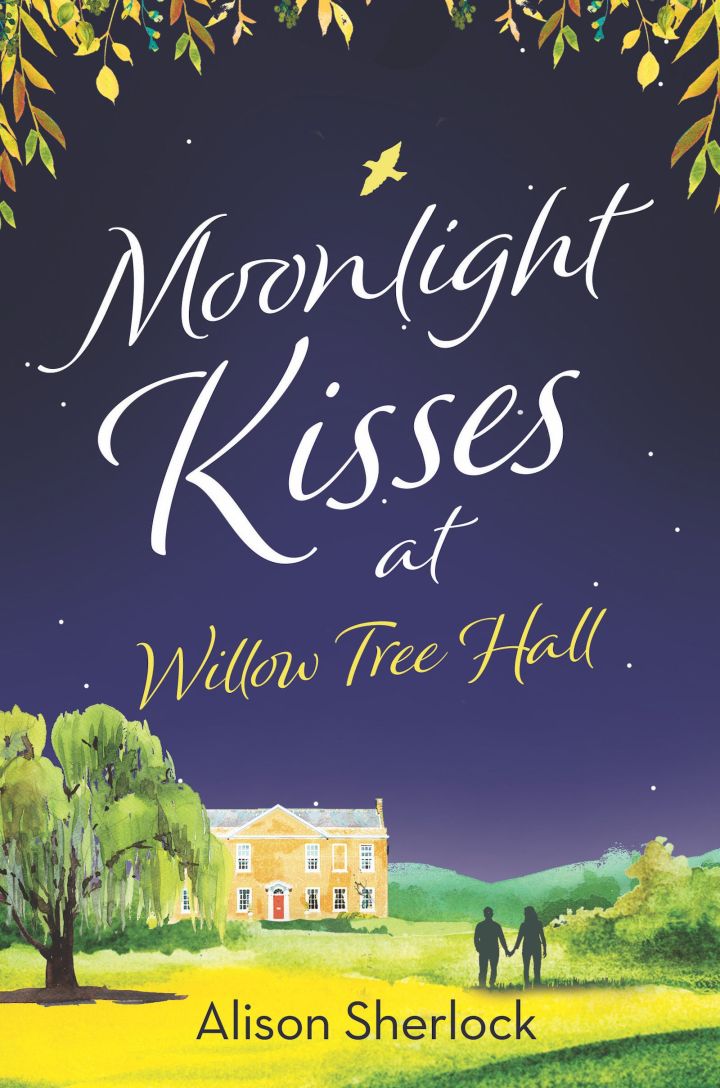 Fiction So Good it Feels Real!

I’ve been a fan of this series from the very beginning; each book draws me in further and this one is a cracker!

Lily and Jack were teenage sweethearts, but somehow their dreams of a life together never came to fruition. Now, more than a decade later and after lives lived elsewhere, they both  find themselves back in their home village of Cranley and bound together by Willow Tree Hall and the people there. How are they going to deal with being in such close proximity?

I adore the Willow Tree Hall series and everyone included in it! The more I read, the more real it becomes and I can easily believe that somewhere, nestled in the English countryside, this grand house and all the characters really exist. Alison Sherlock comes up with new and fresh ideas with each book, entirely different to what has gone before and yet it all manages to fuse together. I love them all but my absolute favourite has to be Rose – what a personality and a life she has had! Beautifully written, these are books which worm their way under my skin and I always have a warm feeling of anticipation when I have one on my tbr. I so hope there are more to follow! Expertly created, this fourth book is fully worth all five stars – and I do hope there is a fifth one in the pipeline!

My thanks to publisher Aria for my copy via NetGalley, and especially to Vicky Joss for my spot on this tour. As always, this is my honest, original and unbiased review. 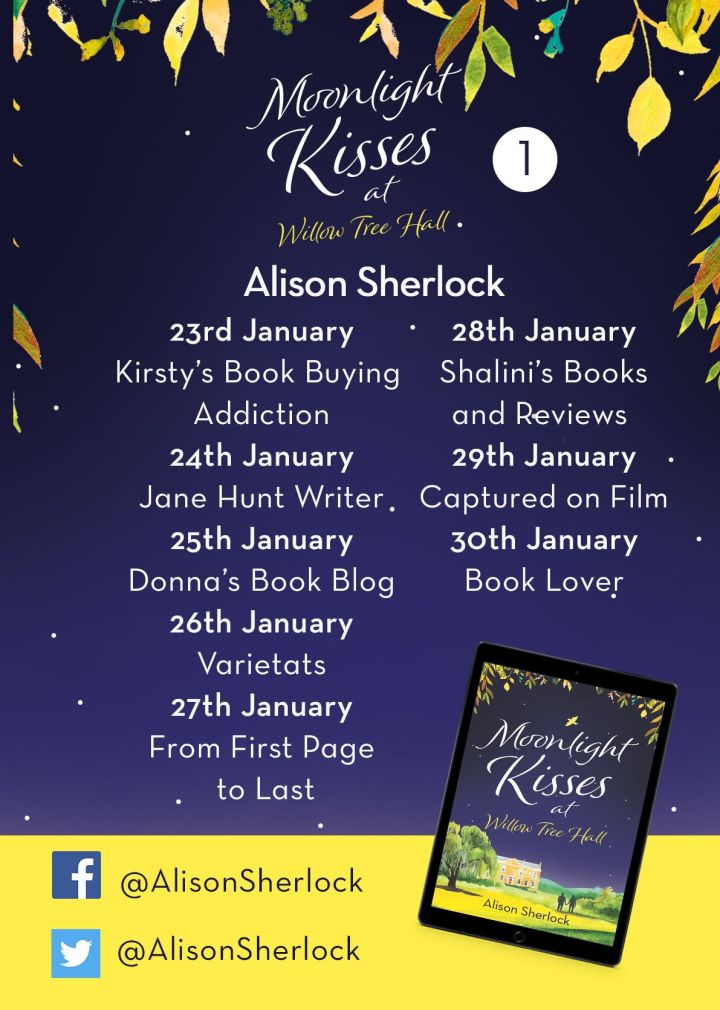 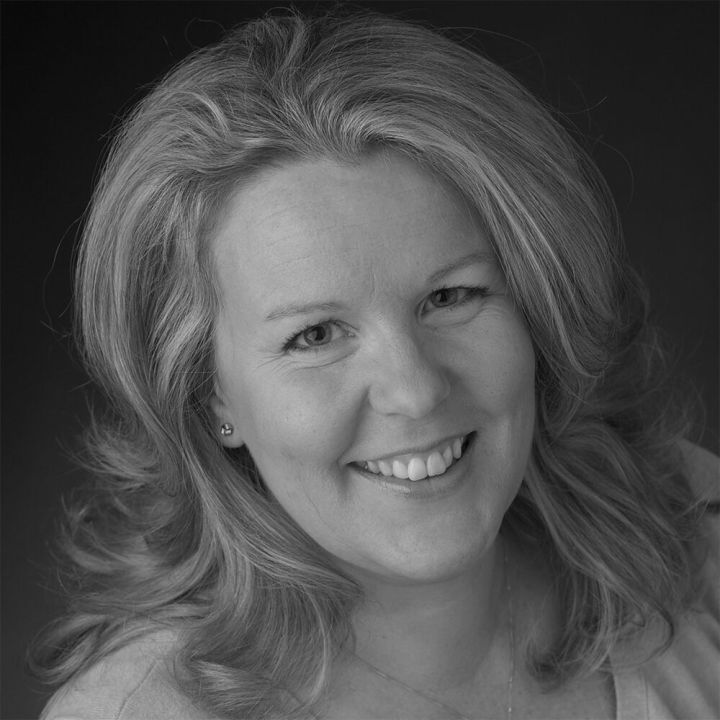 Alison Sherlock enjoyed reading and writing stories from an early age and gave up office life to follow her dream. Alison lives in Surrey with her husband and a daft golden retriever.