Christmas in Cornwall is just around the corner…

But after last Christmas revealed a shocking family secret, Scarlett’s hardly feeling merry and bright. All she wants this Christmas is to know who her real father is.

So Scarlett heads to the little Cornish town of Porthmellow, where she believes the truth of her birth is hidden. She just didn’t bargain on being drawn into the Christmas festival preparations – or meeting Jude Penberth, whose charm threatens to complicate life further.

Everything will come to a head at Porthmellow’s Christmas Festival … But can Scarlett have the perfect Christmas this year, or are there more surprises on the way?

Curl up with this gorgeous novel and savour the world of Porthmellow Harbour. 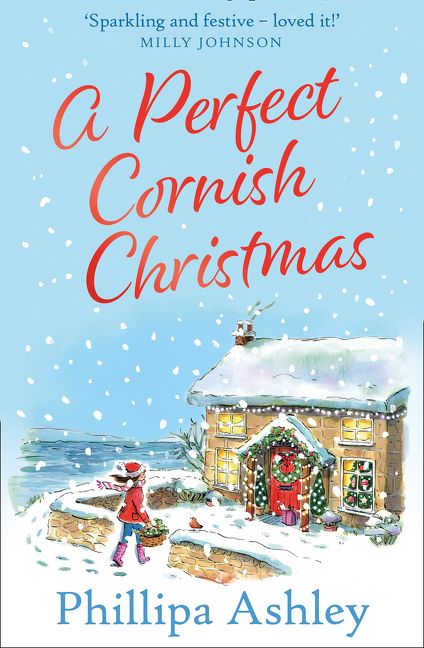 I’ve been thoroughly spoiled this year .. this is another fabulous festive read!

Last year, the Latham family’s Christmas imploded; twelve months on and things still haven’t been resolved. As Christmas approaches once again, daughter Scarlett heads to Porthmellow to try and find answers to the question which raised it’s head almost twelve months ago. Will she get to the bottom of things or is it the end of the family unit as they’ve known it?

Such a fantastic, cosy read and the mention of all the great festive fare has me planning Christmas food already! With new characters, it took me several chapters to twig that I have visited Porthmellow before, albeit during the summer – after all I have read a LOT of novels this year. Phillipa Ashley’s stories are always warm and inviting, individually created but forming part of truly endearing series’ which pull the reader in and pin you down until the final page. This is the kind of book which you think you’ll pick up for ten minutes and before you know it another hour has disappeared! A gorgeous seasonal read and one which I totally loved, enjoyed and fully recommend. Absolutely worth all five stars!

My thanks to publisher Avon Books for my copy via NetGalley; all stated opinions are entirely my own and completely honest. 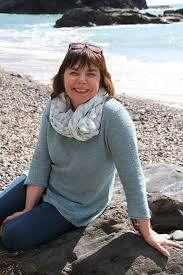 After studying English at Oxford, she worked as a copywriter and journalist. Her first novel, Decent Exposure, won the RNA New Writers Award and was made into a TV movie called 12 Men of Christmas starring Kristin Chenoweth and Josh Hopkins. As Pippa Croft, she also wrote the Oxford Blue series – The First Time We Met, The Second Time I Saw You and Third Time Lucky.

Phillipa lives in a Staffordshire village and has an engineer husband and scientist daughter who indulge her arty whims. She runs a holiday-let business in the Lake District, but a big part of her heart belongs to Cornwall. She visits the county several times a year for ‘research purposes’, an arduous task that involves sampling cream teas, swimming in wild Cornish coves and following actors around film shoots in a camper van.