Alice has been playing the perfect Southern wife for over twenty-five years. So when Bob dumps her for some blonde bimbo twenty years her junior, Alice figures she’s entitled to every dollar she can bleed from him. And, once she’s got the money, she’s entitled to use it on a much-needed vacation to Nanm Paradi, a Caribbean resort that sells itself as her “soul’s paradise”.

She’s never experienced anything as luxurious as Nanm Paradi. The staff know her every desire and cater to her every need before she even knows she needs it. She figures this is how the really rich live and she’s ready to take advantage of all of it–the fabulous drinks, the beautiful views, and the handsome men. And when she discovers that voodoo magic is also on offer… well, Bob hurt her bad. She can take some time away from paradise to exact a little pain. Alice would have been happy to leave things at that.

But when she gets hit where it hurts–her bank account–Alice’s game changes. It’s no longer about post-divorce romance. Now it’s about revenge. 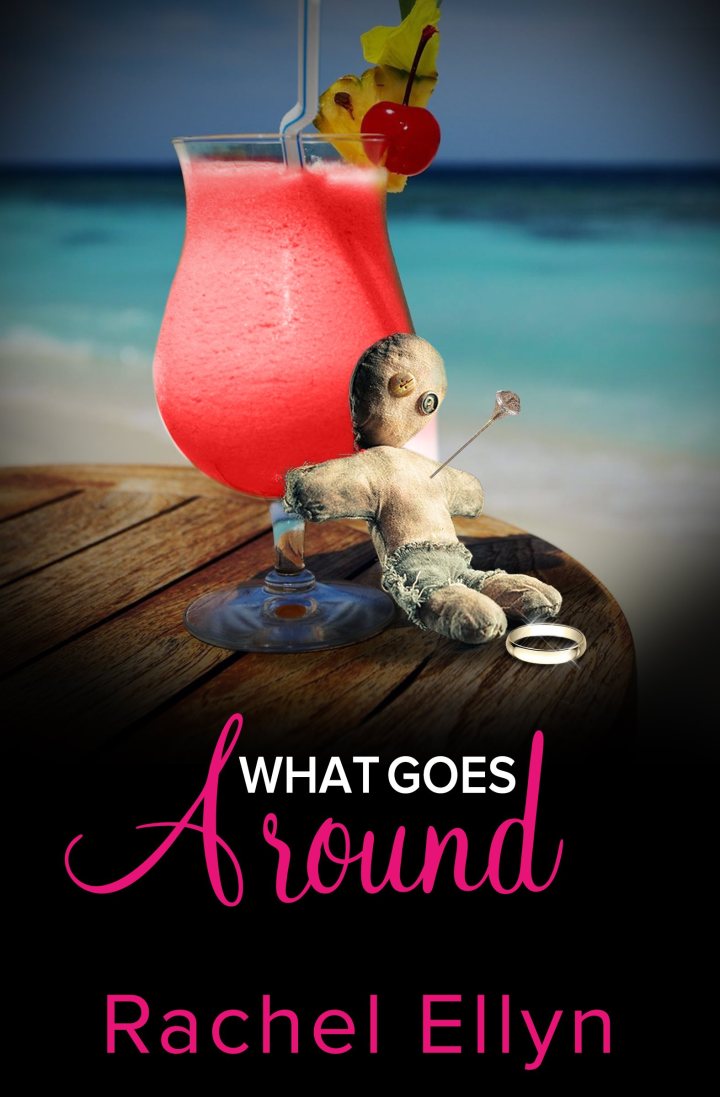 She settled into the chaise an brought out a magazine to peruse. Behind her dark Jackie O sunglasses, her eyes flitted around the pool area gauging and enjoying the attention she was getting from other vacationers. One man was even giving her a few sly smiles although he was undeniably here with the woman lying in the lounge chair next to him.

I’m so glad I picked this swimsuit. The color is perfect for me even without a good tan, but give me a few more days, baby. I’ll glow! She chuckled to herself, thinking about what else might help her glow. Greedily she drew in a long breath and let slip a naughty smile.

Flipping through the pages of Harper’s Bazaar magazine, she spied her sandals on the center page. They bedazzled the feet of the starlet modeling them. Alice moved slightly to position her legs on the chaise, emulating the post on the page. She surreptitiously swept her gaze around the pool area, smiling like the Cheshire Cat. They were watching her, the men and the women. She had ‘it’ – good looks, style charm, and now more money, her own money. This vacation reaffirmed her psyche. Oh babydoll, the rest of my life is going to be good. Oh! I should take a selfie to post on Facebook. Make the girls jealous!

Without significantly changing her position, Alice reached into her bag for her phone. As if by karma, her ringtone went off the instant Alice had the phone in her grip. Valerie’s ringtone was unmistakable, and Alice answered the call cheerfully. “You’ve reached Paradise, baby,” she teased.

“Boy, I miss you,” Valerie said. “This town isn’t the same without you.”

“Yeah, but you’re not here to deal with ‘the wedding.’ You were so smart to leave town the week of your ex’s wedding. Gawd, all the girls are going crazy with the gossip.”

“I’m glad you’re in paradise. I wish I were there with you. Any cute guys you’re willing to share?”

“The men are gorgeous, Val. Tan, dark eyes, and that accent. I swoon every time I’m near a man.”

“Oh, honey, I’m so happy for you. Did I mention Bob was at Il Localino showing off Lauren last night? I know it was your favorite rstaurant when you two were married. He had his mother with them and her parents. Babs, who happened to be there at the same time, said he made a huge show of the dinner. Ordering expensive champagne and standing up to make a toast to his child bride. Speaking of tacky, you should have seen the dress Lauren wore. I know she’s young, but I’d bet my eyeteeth those boobs aren’t her original set. They’re far too perky for being that big!”

Alice listened with a pang of remorse for her old life, but the mere mention of her ex’s fiancee snapped her from those memories. Color filled her cheeks as Valerie dropped name after name into their conversation.

“Babs told me her ring is from Tiffany’s, at least a two-carat cushion cut in platinum as she heard it,” Valerie said.

“And her dress is a custom Vera Wang, a present from her Sugar Daddy of course. And the money I’ve heard he spent on the flowers alone for the wedding is ridiculous.”

“She’ll bleed him dry by the end of the year.” Alice heard a twinge of wicked delight in her voice She had taken him to the cleaners herself in the divorce, and Mr. Penny-pincher would never have indulged her with any of this nonsense unless it was to win a client or impress his law partners. Thinking back on this subject, her needs or wants were never high on Bob’s list. The conversation rambled on for a few more minutes as Alice continued to sip her drink and distractedly listen to her best friend.

“Listen, sweetheart, I’m just glad you’re pampering yourself. I think this vacation was a great idea.” Valerie paused for a moment and cleared her throat. “Oh! I don’t want to upset you, but you should hear it from me first. Bob bought that penthouse condo you both were looking at a while back.” She quickly went on. “He called me about it, and yes, I was his real estate agent on the deal. I hope you’re not mad at me. I had to take him a a client. It was a huge commission. You understand, don’t you?”

Alice swallowed hard and blinked back the sudden tears. She had fallen in love with that penthouse. It symbolized all their hard work in building their dream. It was going to be the next chapter in their lives. They had been talking about buying it. Well, she had been talking about them buying it. And she knew with Bob’s promotion to senior partner they could afford it. Then he dropped the divorce bomb. He didn’t want to buy the penthouse, at least not for her. That bitch!

“Yes. Of course,” she managed to reply.

“You too,” Alice parroted back and pressed the end button. That last bit of information had stung. That fucking bimbo got my condo. 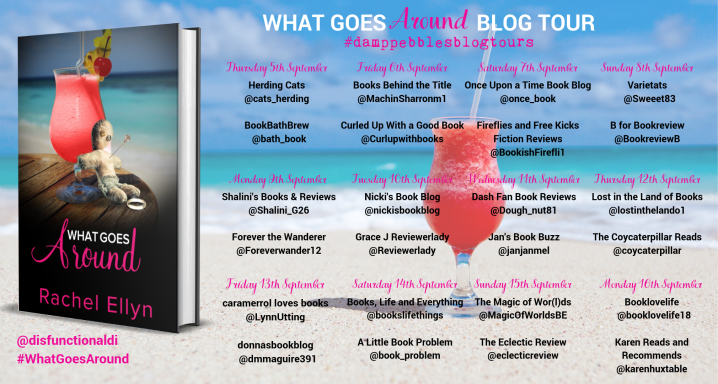 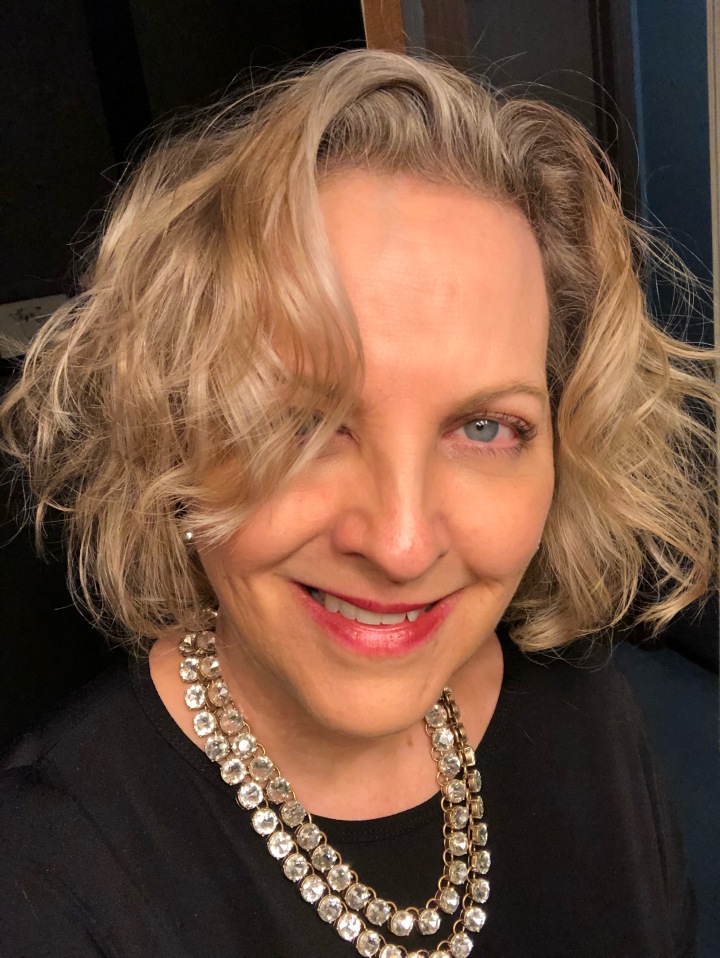 Lives and loves after the career.

With degrees in Finance and Economics, Rachel found wonderful success in the business world, which took her I.T and financial process consulting international. However, with her mind focused on business, and with the lack of training and mentoring in her personal life, marriage success eluded her.

After foraging on a path of self-awareness and exploration with a determination to avoid repeating patterns again, she found the key to relationship bliss. Now, combining her passion for writing and storytelling with here skills, knowledge, and drive that led to her business acclaim, Rachel shares her off beat take on the world, and her findings where life, love, divorce and children are concerned.

Rachel is determined to be a publicist’s nightmare by writing in multiple genres including children’s fiction, flash fiction, romance, and suspense/thriller.

After multiple divorces, she is now happily married and lives in the Kansas City Metropolitan area enjoying the household noise of her soon-to-be empty nest.

One thought on “What Goes Around #BookExtract #BlogTour #DampPebbles”