Life is hard for all on Mulberry Lane as the war rages into yet another year. Desperate times push people into dangerous situations.

Menacing shadows lurk on dark street corners, threatening the safety of those who are alone and vulnerable.

When Peggy’s twins are born early, Maureen and Nellie are there to lend a helping hand. The mothers of Mulberry Lane stick together despite the grim conditions of war-torn London and a shadowy fear that stalks their lives.

Neighbours and friends look out for each other and new life brings hope and joy to the Lane. 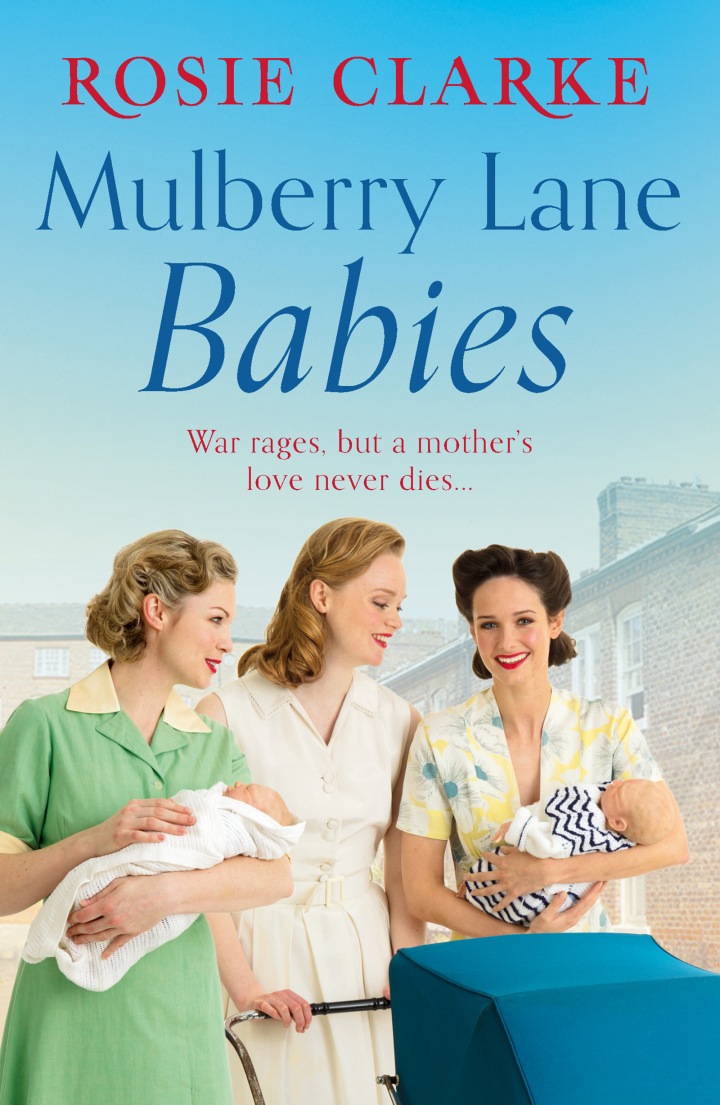 The lane was bitterly cold that morning in December 1941. Clusters of frost clung to drainpipes and rooftops making lacy patterns on the windows of the houses and shops, and the pavements were icy underfoot, forcing the woman to tread carefully as she crossed the road. Somewhere in the lanes, chestnuts were roasting over an open-air fire and the smell made her hungry. She pulled up her coat collar and shivered as she looked up and down the lane. No lights shone in the shop windows and very few had bothered with decorations, except for Mrs Tandy, at the wool shop, who put the same things out every year. Winter was bleak enough in these lanes at the best of times, but the bombing earlier in the year had made things so much worse. Someone had pulled down enough of the damaged building, where the lawyer’s office had once been, to make it safe. But the blackened ruins looked dismal and forlorn, the pavements dirty, much the same as bombsites all over the city as they awaited clearance. Yet it wasn’t the cold weather or the ruins that brought a frown to the woman’s face.

‘Oh, hello,’ Anne said as she met Ellie Morris coming from the cobbler’s shop, just down from the Pig and Whistle in Mulberry Lane. She smiled at the pretty young girl, who was a talented hairdresser. ‘I was going to come and see you later today. I wanted a trim and a shampoo and set on Friday – after school finishes. It takes me a while to see the children off – so about four-thirty?’

‘Yes, I’m sure I can fit you in,’ Ellie said and smiled. ‘You might have to wait a few minutes but I shan’t keep you long. I’ll book you in as soon as I get back to the shop.’

‘I hate the winter and dark nights.’ Ellie pulled a wry face. ‘I’d better get back or the door will be locked when my next customer arrives …’

Anne nodded and went into Bob Hall’s shop. She had two pairs of shoes that had worn very thin in the soles, but she didn’t like the thick rubber that was being used for repairs these days. The last time her shoes had needed repairing, Bob had used nice thin leather soles, which didn’t spoil the shape of the uppers.

He was sitting behind the counter of his rather dark little shop, which smelled of glue and leather and polish, hammering away at a pair of what looked like army boots. As Anne entered, he glanced up and got to his feet at once.

‘Good morning, Miss Riley.’ He greeted her with a smile of welcome. ‘It’s nice to see you back – are you here in London for good now?’

‘I’m not sure, Mr Hall,’ Anne flicked back her light brown hair as she replied. Her nose felt as if it might be red from the icy cold of the air outside. ‘We’re opening up some of the schools again – at least, we’ve opened a temporary school to accommodate the children who have returned to London. Some of them just couldn’t settle in the country and their mothers wanted them back now the bombing has calmed down a lot, but I intend to stay teaching if I can.’

‘Well, I’m sure Mrs Ashley will be glad to have you back helping in the bar of the Pig and Whistle at night – and all your friends, too.’

Rosie is happily married and lives in a quiet village in East Anglia. Writing books is a passion for Rosie, she also likes to read, watch good films and enjoys holidays in the sunshine. She loves shoes and adores animals, especially squirrels and dogs.