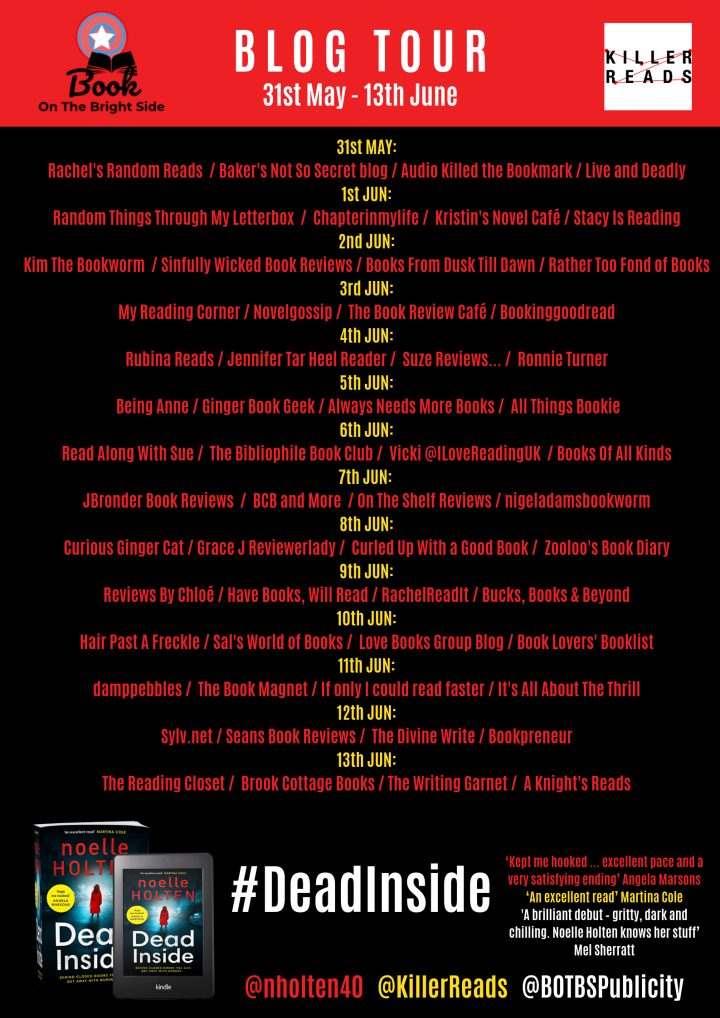 A dark and gripping debut crime novel – the first in a stunning new series – from a huge new talent.

The killer is just getting started…

When three wife beaters are themselves found beaten to death, DC Maggie Jamieson knows she is facing her toughest case yet.

The police suspect that Probation Officer Lucy Sherwood – who is connected to all three victims – is hiding a dark secret. Then a fourth domestic abuser is brutally murdered.

And he is Lucy’s husband.

Now the police are running out of time, but can Maggie really believe her friend Lucy is a cold-blooded killer?

A cracking read! DC Maggie Jamieson – you and I are going to get along just fine.

Maggie Jamieson has been moved, temporarily, to a new team after dealing with a particularly harrowing case in the murder team she was part of. DAHU is an amalgamation of several services wit the aim of assisting and protecting abused partners; as fate would have it, Maggie’s first day finds her investigating a murder .. swiftly followed by the discovery of a further two bodies. With the department under immense pressure to get a result – and quickly – it’s down to good old fashioned detective work to get to the bottom of things.

This is an accomplished and well-paced piece of writing; a good solid story which focuses on the crime and teases the reader with the barest of facts about Maggie’s home life. The characters are all well-drawn, entirely believable and it is a thriller you can really immerse yourself in and give your grey matter a good workout pondering on who the murderer is! I did have a someone in mind, and it turned out I was right – but there is so much more to come after that. A fine, satisfying read and an absolutely stunning debut novel. This is definitely and author – and a series – I intend to follow, and together they have easily earned a full five stars!

My thanks to Sarah Hardy of Book On The Bright Side for bringing this novel to my attention and inviting me to join the Blog Tour; I received my copy via NetGalley. This is – naturally – my honest, original and unbiased review.

Noelle Holten is an award-winning blogger at http://www.crimebookjunkie.co.uk. She is the PR & Social Media Manager for Bookouture, a leading digital publisher in the UK, and was a regular reviewer on the Two Crime Writers and a Microphone podcast. Noelle worked as a Senior Probation Officer for eighteen years, covering a variety of cases including those involving serious domestic abuse. She has three Hons BA’s – Philosophy, Sociology (Crime & Deviance) and Community Justice – and a Masters in Criminology. Noelle’s hobbies include reading, author-stalking and sharing the booklove via her blog.
Dead Inside is her debut novel with Killer Reads/Harper Collins UK and the start of a new series featuring DC Maggie Jamieson.