The tension is simmering. The lies are piling up. Who do you trust?

Seven-year-old Jocelyn loves her nanny more than her own mother.
When her nanny disappears one night, Jo never gets over the loss.
How could she vanish without saying goodbye?

Thirty years on, Jo is forced to return to her family home and confront her troubled relationship with her mother. When human remains are discovered in the grounds of the house, Jo begins to question everything.

Then an unexpected visitor knocks at the door and Jo’s world is destroyed again as, one by one, she discovers her childhood memories aren’t what they seemed.

What secrets was her nanny hiding – and what was she running away from? And can Jo trust what her mother tells her?

Sometimes the truth hurts so much you’d rather hear the lie.

One of those books where you know someone is lying – but is it who your suspect?

Jocelyn and her mother have never had a close relationship. Raised by her nanny until she disappears overnight, Jo – as she now prefers to be known – leaves their stately home as soon as she can and never returns – until now. Faced with financial difficulties, she is forced to return bringing Ruby, her daughter . As her father has since died, the atmosphere is distinctly frosty between the two mothers. Then Hannah the nanny turns up unexpectedly and everyone seems suspicious of everyone else .. but what’s really going on?

This starts off as a bit of a family saga, drawing the reader into a false sense of security. But as the story progresses, it is positively dripping with suspense! Who did I trust? Everyone to begin with, and absolutely not one single soul towards the end! What a cleverly created novel! It’s an exceptionally exciting read; riveting, gripping and gut-wrenching at times. The ending? Never in a million years would I have guessed where it was going! The characters are fabulous – each of them are totally believable and so true-to-life that I pictured each one clearly in my imagination. With lots of authentic details, especially pertaining to British aristocracy, all adding to the credibility to the periods of time concerned, this is an all-round cracking read and one I cannot recommend highly enough. A super flashing, sparkling and dancing five gold stars – and, frankly, easily worthy of ten!

My thanks to Random House UK, Cornerstone for my copy via NetGalley. All opinions stated here are entirely my own. 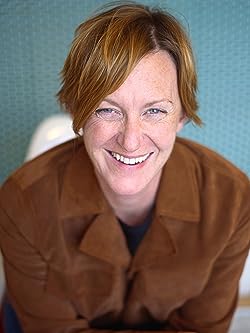 Gilly Macmillan is the New York Times bestselling author of WHAT SHE KNEW (previously published as BURNT PAPER SKY in some territories), THE PERFECT GIRL, ODD CHILD OUT & I KNOW YOU KNOW. THE NANNY is coming in 2019.

Gilly is Edgar Award nominated and an ITW award finalist. Her books have been translated into over 20 languages.

She grew up in Swindon, Wiltshire and also lived in Northern California. She studied History of Art at Bristol University and the Courtauld Institute of Art in London.

Gilly lives in Bristol, UK with her family and writes full time. She’s currently working on her sixth novel.

One thought on “The Nanny #BookReview #NetGalley”