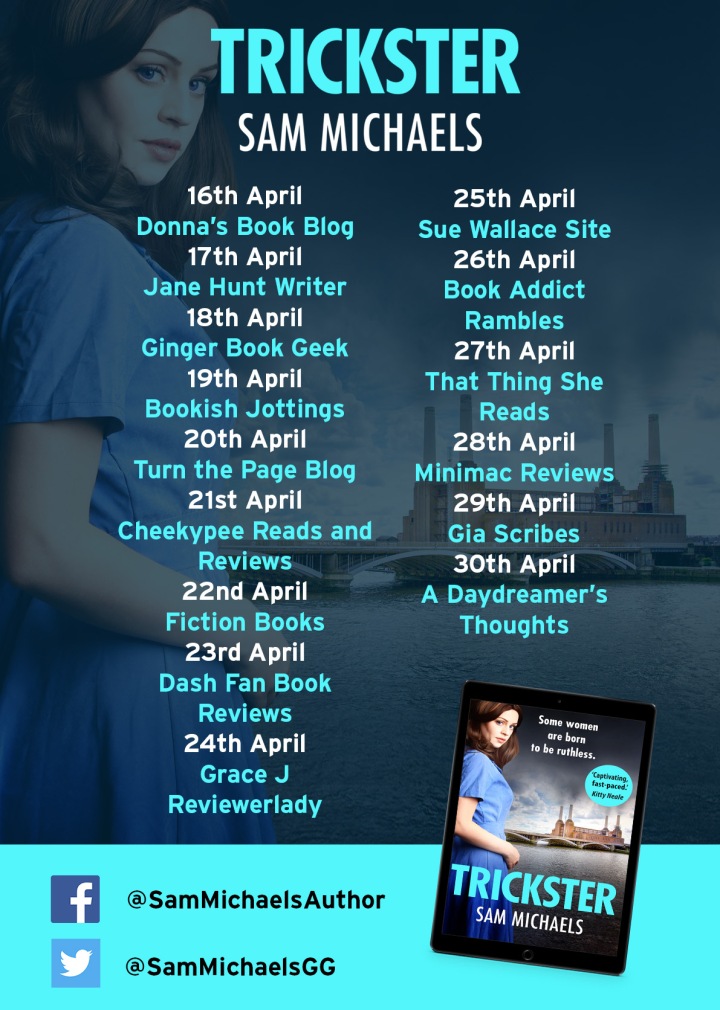 To be ruthless is to be powerful, at least it is on the Battersea streets …

Georgina Garrett was born to be ruthless and she’s about to earn her reputation.

As World War One is announced a baby girl is born. Little do people know that she’s going to grow up to rule the streets of Battersea. From a family steeped in poverty the only way to survive is with street smarts.

With a father who steals for a living, a grandmother who’s a woman of the night and a mother long dead, Georgina was never in for an easy life. But after a tragic event left her father shaken he makes a decision that will change the course of all their lives – to raise Georgina as George, ensuring her safety but marking the start of her life of crime …

This is the first book in the thrilling new Georgina Garrett series. 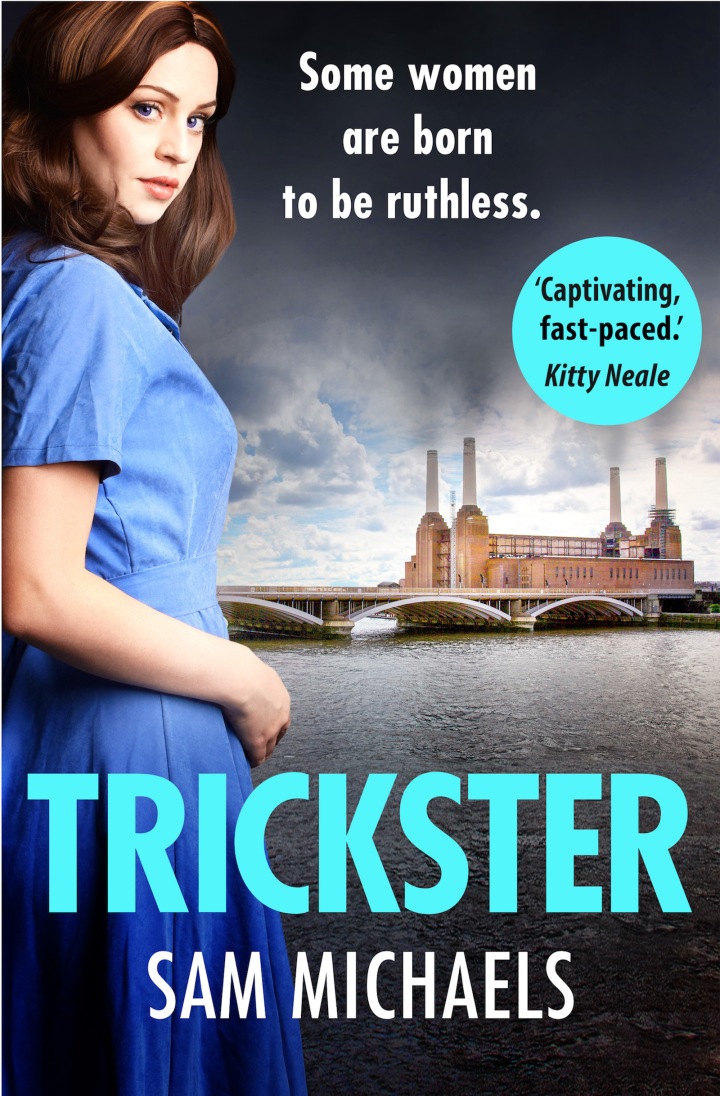 ‘Yeah, well, never mind about that … the baby’s coming.’

Jack’s eyes widened, and the colour drained from his face. ‘Oh blimey, are you all right? Wh…wh…what do I do?’

Sissy smiled weakly. It wasn’t often she saw her husband in a flap, but he was now, and it had nothing to do with the war. ‘This ain’t no place for men, Jack. Go and get Mrs Blundell at number seventeen. Give her two and six and tell her to hurry up!’

‘Mrs Blundell!’ Jack spat the name through his crooked teeth. ‘The old girl’s always drunk. How the bleedin’ hell is she gonna help?’

‘She’s the handywoman round here, and a darn sight cheaper than the doctor. Just go, Jack … get a move on,’ Sissy urged, wincing as the pain began to rack her body again. She was aware childbirth wasn’t easy, but she hadn’t expected it to feel like torture.

Without another word Jack dashed from the room and soon after Sissy heard the front door slam. Her knuckles were white as she gripped the blanket beneath her, and she tried to stifle a scream. Pleas hurry, she thought frantically, and writhed as the pain became almost unbearable. Mrs Blundell was drunk a lot of the time, but she’d helped most of the local women to give birth. Blundell’s Babies they were affectionately called. If you paid her a shilling, she’d lay out the dead too.

Sissy quickly tried to push that thought from her mind. Childbearing was a dangerous time for a woman so she wouldn’t allow herself to think of death. Instead, she tried to focus on names for the baby. She’d wanted Ernest for a boy, after her father, but Jack insisted on George. Well, she thought, it was bound to be a boy. It certainly kicked her bony ribs hard enough, and fancy being born on the day war broke out!

The door opened again, and to her relief, she also saw Mrs Blundell follow Jack into the room. Thankfully the last contraction had eased, though Sissy knew it wouldn’t be long until the next one arrived.

‘Oh, my dear, look at the state of you,’ the old woman said as she leaned forward and placed her chubby hand on Sissy’s moist forehead. ‘Jack, fetch me a bowl of cold water and a cloth to wipe her brow.’

Sissy tried to turn her face away from the woman’s foul breath. She was sure the stale alcohol fumes must be toxic.

‘How quickly are the pains coming?’ Mrs Blundell asked, rolling up the sleeves of her dark grey dress. The material was stretched tightly across her enormous chest, and as she turned away from the bed to walk towards the window. Sissy gazed in awe at her huge hips.

‘I dunno … quickly … every five or ten minutes I suppose.’

‘And have your waters broken?’

Mrs Blundell drew her curtains, but the thin material was too short for the window, so the room was still quite light. ‘We don’t want any prying eyes now, do we? Is this your first?’

‘In that case we’ll probably have a good few hours to wait. Best you send that old man of yours orf down the pub or something. We don’t want him hanging around making a nuisance of himself. Don’t worry, I’ll get word to him when the baby’s here.’

Sissy nodded, but she didn’t want Jack going to the pub. They could ill afford him supping away what little money they had, and Jack wasn’t very good at holding his liquor. In fact, once he got a taste for it, there’d be no stopping him and he’d carry on drinking until he passed out.

‘You look very thin. Have you been eating properly?’

‘I try, but you know how it is. Bread and jam most nights, and if I do manage to get my hands on any decent meat, I like to make sure Jack gets a good plateful. After all, he’s the one out there grafting for us.’

The door opened again, and Jack walked in carrying an enamelled bowl of water.

‘Good man. Now pull up that chair for me and bugger off. Your wife is going to be busy for ages yet, so you go and wait in the Cedars and I’ll send one of my boys to come and get you later.’

Sissy looked at Jack and covertly shook her head.

‘You’ll do no such thing! A man in a room when a woman’s giving birth… I’ve never heard the likes of it”;

Jack looked sheepish and threw an imploring look at his wife before reluctantly agreeing to the woman’s order. ‘All right, but I’ll be outside, on the stairs.’

Sam Michaels lives in Spain with her family and plethora of animals. Having been writing for years Trickster is her debut novel.