Late one spring night, Driss Guerraoui, a Moroccan immigrant in California, is walking across a darkened intersection when he is killed by a speeding car.

The repercussions of his death bring together a diverse cast of characters: Guerraoui’s daughter Nora, a jazz composer who returns to the small town in the Mojave she thought she’d left for good; his widow Maryam, who still pines after her life in the old country; Efraín, an undocumented witness whose fear of deportation prevents him from coming forward; Jeremy, a former classmate of Nora’s and now a veteran of the Iraq war; Coleman, a detective who is slowly discovering her son’s secrets; Anderson, a neighbor trying to reconnect with his family; and Driss himself.

As the characters – deeply divided by race, religion and class – tell their stories in The Other Americans, Driss’s family is forced to confront its secrets, a town faces its hypocrisies and love, in all its messy and unpredictable forms, is born.

Well, this is a book you can really get your teeth into – there is so much going on!

When Driss Guerroaui dies following a hit-and-run outside his restaurant after locking up for the day, it brings his daughter Nora back to the family home. Determined to fight for justice for her family, she is shocked at how both her mother Maryam and her married sister Salma deal with his death. These two were always close, leaving Nora to feel like an outsider who was much more a Daddy’s girl. His death brings shocks – and not all of the kind to be expected . . .

I’ve enjoyed reading this novel over two days – twice as long as it usually takes me – as it is packed with detail. As each chapter is written from a different character’s point of view, it took me a little time to get settled into the rhythm of the book, but this is one you don’t want to rush. There is such a lot to learn about each and every person, both in the present and the past, making it a compelling read. I found myself thinking about it even when my ereader wasn’t in my hand, but never did I think that things were going to pan out the way they did!

The family dynamics are riveting (and familiar); the mystery is twisted and very puzzling, right up until almost the very end. The lives of others are both interesting and fascinating, and a couple of chapters from the deceased man’s point of view clears up any lingering doubts. I love reads which encompass different cultures, and this does just that. A very observant and thought-provoking read with honest, down-to-earth characters and I thoroughly enjoyed every word of it. Would I recommend it? Absolutely. It’s a really stimulating and satisfying read, and certainly worthy of a full five stars!

My thanks to publisher Bloomsbury for my copy via NetGalley. This is my honest, original and unbiased review. 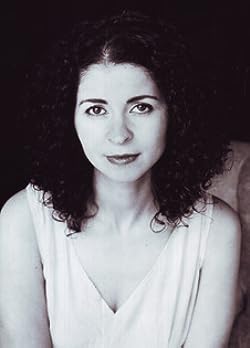 Laila Lalami is the author of The Moor’s Account, Hope and Other Dangerous Pursuits and Secret Son. Her essays and opinion pieces have appeared in The Guardian and The New York Times, among other publications. She is the recipient of a British Council Fellowship, and is currently an associate professor of creative writing at the University of California at Riverside