DID YOU SEE ANYTHING ON THE NIGHT THE ESMOND FAMILY WERE MURDERED?

From the author of CLOSE TO HOME and IN THE DARK comes the third pulse-pounding DI Fawley crime thriller.

It’s one of the most disturbing cases DI Fawley has ever worked.

The Christmas holidays, and two children have just been pulled from the wreckage of their burning home in North Oxford. The toddler is dead, and his brother is soon fighting for his life.

Why were they left in the house alone? Where is their mother, and why is their father not answering his phone?

Because this fire wasn’t an accident. It was murder.

And the killer is still out there… 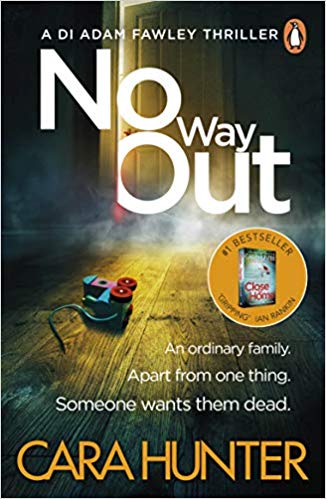 I’ve been lost in the world of this crime thriller for almost a day  .. and what a read it is!

When an Oxford family home bursts into flames, the fire brigade are quickly on the scene, and manage to rescue two children. But where are the parents? This is a major fire, and the destruction is extensive. DI Adam Fawley’s team get the call and land the job of investigating exactly what happened.

As far as I’m concerned, this series is a must not miss! Unlike many others we, the readers, investigate along with the police and it’s really refreshing not to know who the guilty party is – it makes for a much more exciting read! There are personal details of the officers, but they add to the story rather than overpower it, as sometimes happens. Like the two preceding novels, this is a very accomplished and cleverly plotted story, completely believable and so well-written that it’s really hard to put down. The ending – for me, at least – was totally unpredictable and soooo good! I struggled to put this book aside in bed last night, and have completed what I had to do in record time this morning, so desperate was I to continue reading. This series is plot-driven, intense and riveting, and I would most definitely recommend reading them all from the beginning – you won’t regret it! Without any doubt, this is a solid 5* read.

My thanks to publisher Penguin for my copy via NetGalley. As always, this is my honest, original, and unbiased review.

I’m lucky enough to live in the city I write about. Oxford will be familiar to crime fans across the whole world because of the fabulous Morse novels and TV, but my version of the town is a long way from the beautiful ivy-clad colleges. A much edgier place where the crimes are darker and closer to home.

I’ve always been a voracious reader and viewer of crime – I’ve learned so much from the outstanding writing that we now see on crime TV like Line of Duty or Broadchurch, and I’ve tried to recreate the experience of watching series like that for my readers. I love true crime TV as well – my husband used to tease me about it but now just nods sagely and says ‘research’ !

What else about me? I have pet cats who do their best to distract me whenever I get close to a keyboard (if you have cats, you’ll know), I love travelling, spending time with friends, and I have never knowingly turned down a glass of champagne….

One thought on “No Way Out #BookReview #DIAdamFawley#3 #NetGalley”