When a homeless war veteran is beaten to death by the police, stormy protests ensue, engulfing a small New Jersey town.

Soon after, three cops are gunned down. A multi-state manhunt is underway for a cop killer on the loose. And Dr. Tessa Thorpe, a veteran’s counselor, is caught up in the chase. Donald Darfield, an African-American Iraqi war vet, war-time buddy of the beaten man, and one of Tessa’s patients, is holed up in a mountain cabin. Tessa, acting on instinct, sets off to find him, but the swarm of law enforcement officers get there first, leading to Darfield’s dramatic capture. Now, the only people separating him from the lethal needle of state justice are Tessa and ageing blind lawyer, Nathaniel Bodine. Can they untangle the web tightening around Darfield in time, when the press and the justice system are baying for revenge?

Justice Gone is the first in a series of psychological thrillers involving Dr Tessa Thorpe, wrapped in the divisive issues of modern American society including police brutality and disenfranchised returning war veterans.

I can hardly believe I’ve read this whole book – fast-paced with such a great story that I just seem to have raced through it in no time at all!

When a veteran on the streets of Bruntfield, New Jersey, is challenged by the police, despite trying to co-operate he ends up dead. Six police officers are caught on video and mass demonstrations follow. Dr. Tessa Thorpe, a veteran counsellor who knew the deceased well, finds herself in the midst of events to come as the police target another veteran, one who has gone missing in the backlash.

Living in rural Scotland, this story is a complete shock to the system. I have, from time to time, seen similar stories covered on the news but not to the level of involvement this book brings. I feel as if I have been a fly on the wall in the American legal system and, to be frank, it has stunned me to the core. This is a gripping read, and a real eye-opener; the courtroom scenes are scintillating and the whole novel flows beautifully from beginning to end. The characters are skilfully crafted, and I look forward to more from this author. A very exciting book indeed, and one I recommend with gusto! And the ending – never, ever saw that coming!!

My sincere thanks to Nick Lombardi for my copy of his novel which I chose to read of my own free will. The opinions stated here are entirely my own. 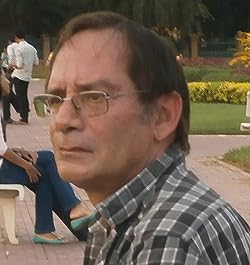 Nick Lombardi Jr. was brought up in Bronx, New York, and has spent over half his life in Africa, Asia, and the Middle East. Nick can speak five languages: Swahili, Thai, Lao, Chinese, and Cambodian. An event in California in 2011, a homeless man beaten to death, inspired Nick to write his newest novel, Justice Gone.

He is also the author of The Plain of Jars and Journey Towards a Falling Sun, and now lives in Phnom Penh, Cambodia, currently working on his fourth manuscript, Woman in the Shadow, another Tessa Thorpe psychological thriller.