Meanwhile, momentous events are also taking place in the West Midlands. Weddings, funerals, hereditary hair loss, M. J. K. Smith’s cricket bat, a missing masterpiece; dastardly deeds are taking place, above and below the streets of Birmingham. The police are baffled. This looks like a job for Dudley’s finest, Bisskit and Blackshaw – private investigators. Yes, the boys are back.

Older, but none the wiser in Dennis Bisskit and the Man from Paris with the Very Large Head. 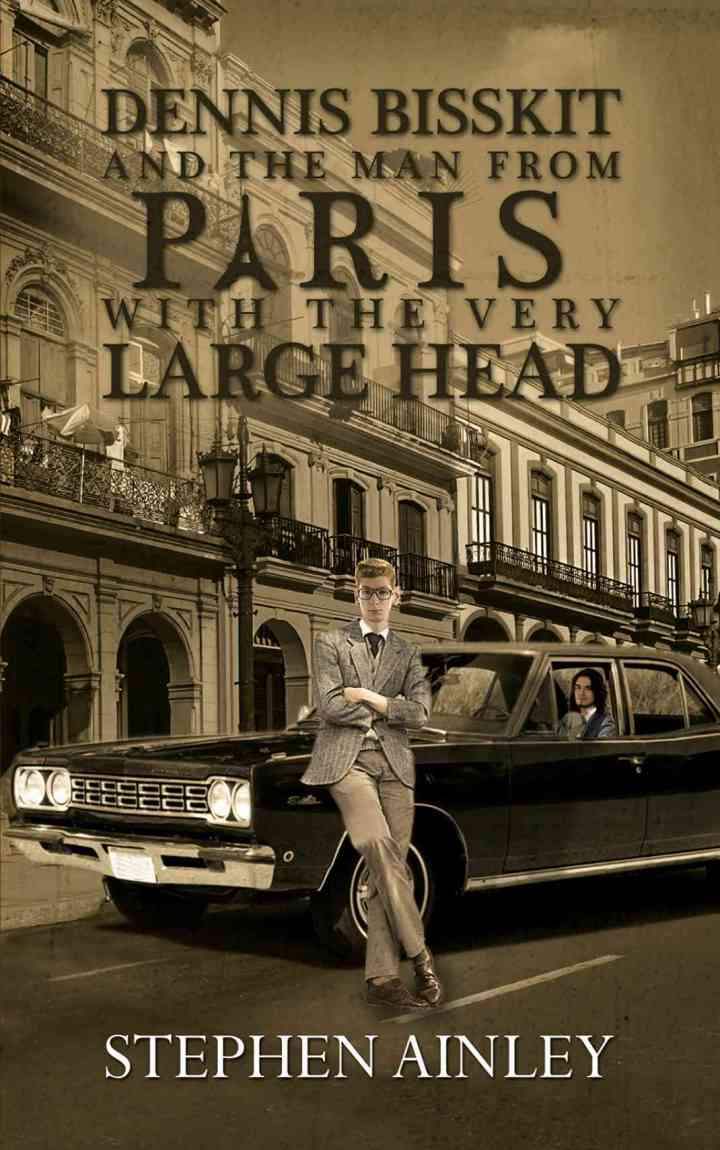 Full of Fun and Laughter!!

Having giggled all the way through the first Dennis Bisskit book, I was so looking forward to this one and I wasn’t disappointed. I don’t think I’ve ever laughed so hard at a novel before – and I’ve read for many decades!

Having left the army and embraced civilian life, Dennis and his pal Stinky have now set themselves up as Private Investigators. Has army life changed Dennis from the accident-prone young man we know and love? Not a chance!!

I still can’t wipe the grin off my face from reading this novel – it reminds me strongly of winter Sunday afternoons watching the old black and white films of Jerry Lewis who was America’s answer to Norman Wisdom. Throw in Just William, mix these three together well and you probably have as near a character to Dennis Bisskit as you can get. His exploits are so unbelievable as to be totally believable; author Stephen Ainley almost paints a picture of the many incidents which had me laughing so hard in bed last evening that I had to put my device down to allow my husband to get some much needed sleep before work this morning. I cannot remember the last time I laughed this hard, and I’m sure I’ll be grinning like an idiot for many days to come.

Every single person could do with reading a book like this; it will lift your spirits and leave you feeling much lighter and happier than before. Indeed, there are several things I hope I don’t have to do in the very near future as, with memories of Dennis doing the same things – funerals spring to mind, for one – I’m not sure I’d be able to hold it together. Thank you Stephen, for bringing such fun into a couple of grey January days in Scotland.

I’m very grateful to the author for providing my copy of his novel. The decision to read and review, as well as the opinions here, are entirely my own.

Stephen Ainley was born in, Birmingham UK, in the 1950’s. Served in the British Airborne in the 1970’s, before moving to Australia. He as written many articles and short stories over the years, always humorous tales, and eventually had his first novel, The Dennis Bisskit Adventures, published in 2017. Filled with family, fun, colourful characters and disasters. Published November 2018, Dennis Bisskit and the Man From Paris with the Very Large Head.