Under the cover of anonymity “Paul Saunders” Courageously tells his shockingly true story of how he and his step-siblings were repeatedly abused by their mother and step-father. It doesn’t make “easy” reading, But living through it wasn’t fun either.

DISCLAIMER: This book is a true story of horrific child abuse, and does contain passages that most readers will find disturbing.

Paul’s father selfishly deserted him and his mother for another woman when Paul was just coming up to two years of age.
Paul’s mother quickly entered into a new mixed race relationship, which in 1960’s Britain was very much frowned upon. Consequently Paul and his mother were instantly ostracised by their family and friends and they were left to suffer/witness dreadful physical abused and neglect at the hands of Roy an evil and very sick man.
The following, is a harrowing story and may – no should be as distressing to read, as it is for me to write. However, the events that took place during the years 1963 to 1980 need to be recorded, for the sake of future generations of children to come, and out of respect to all the children who have already suffered at the hands of demonic parents.

I especially dedicate this book to one hell of a brave boy, my step brother Little Paul, who sadly died with a great deal of dignity at the young age of 19 from cancer after years of horrific abuse.
God Bless him. 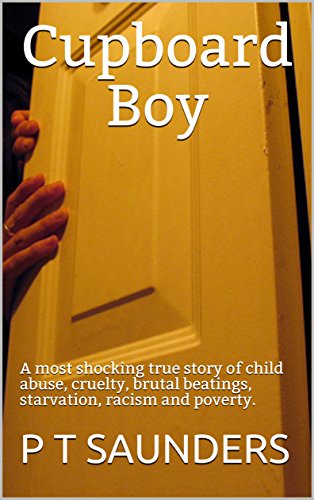 This novel was read and reviewed by Dawn Clifford

This is a true story of the abuse that Paul and his step siblings suffered at the hands of both his mother and step father.

After Paul’s father walked out on them his mother started a relationship with a black man – which back then in the 60’s was very much frowned on and there was a lot of racial hatred. From then on their lives were never to be the same again.

Their parents were very clever at hiding what was going on, I honestly don’t think they would get away with it these days. It makes you question why social services never got involved. The cruelty that those poor children suffered is heart breaking but for me, it’s little Paul who seemed to have suffered the most and makes you want to cry. I can certainly see why Paul has dedicated this book to him.  It was a very heartfelt book and one that wouldn’t have been easy for Paul to write. I’m very happy to give it four stars.

My grateful thanks to the author for bringing his book to my attention. My copy came via Kindle Unlimited. This is my honest and unbiased review.

There is no author information available at this time