1910 – A compelling tale of female empowerment in Bath’s leading department store. Perfect for the fans of the TV series Mr Selfridge and The Paradise.

Elizabeth Pennington should be the rightful heir of Bath’s premier department store through her enterprising schemes and dogged hard work. Her father, Edward Pennington believes his daughter lacks the business acumen to run his empire and is resolute a man will succeed him.

Determined to break from her father’s iron-clad hold and prove she is worthy of inheriting the store, Elizabeth forms an unlikely alliance with ambitious and charismatic master glove-maker Joseph Carter. United they forge forward to bring Pennington’s into a new decade, embracing woman’s equality and progression whilst trying not to mix business and pleasure.

Can this dream team thwart Edward Pennington’s plans for the store? Or will Edward prove himself an unshakeable force who will ultimately ruin both Elizabeth and Joseph?

I’ve been looking forward to reading this one since I first spotted it on social media; I’m very fond of historical stories with women at the heart of the tale!

Elizabeth Pennington is a forward thinking young woman, full of admiration for the rising suffragette movement. She is determined to resist her father’s attempts to marry her off to a rich man who will expect her to knuckle under to all of his demands. Having fought long and hard to take her place in the family business, a stunning new department store in the wonderful city of Bath, she is determined to prove that she is a worthy successor to her father – not easy when he is a stubborn man very much set in his ways.

Joseph Carter is the heir to his father’s small millinery and glove business; he sees that a contract with Pennington’s would put their future on a sound footing and allow his father to enjoy a well earned retirement. With this is mind, he is determined to gain a contract from the mega store, and discovers that Elizabeth Pennington, as head of the Ladies Department, is the person he has to persuade that supplying his goods would be beneficial to them both.

Day to day life in the new concept of a large department store is never dull, and this author brings it to life beautifully. With superbly created characters and an exciting and fast-moving storyline, this is a marvellous book, and one which I thoroughly enjoyed. There were a couple of things, however, which didn’t ring true with the setting of early twentieth century Britain, and which prevented me from awarding a full house of stars. Nevertheless, it’s definitely one I fully recommend and even better, there’s more to come! I shall definitely watch out for the next in series.

My thanks to publisher Aria for providing my copy via NetGalley, and for inviting me to take part in this blog tour. This is my honest, original and unbiased review. 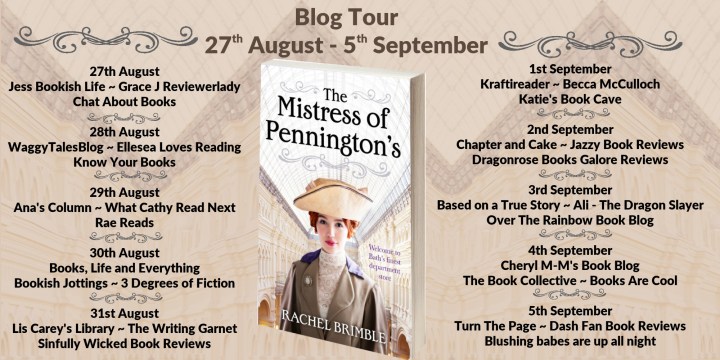 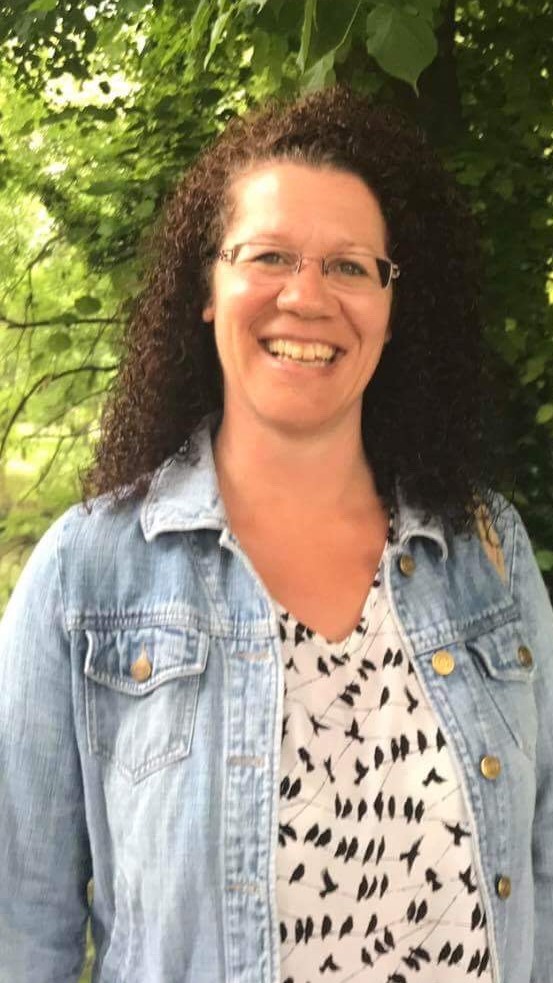 Rachel lives with her husband and two teenage daughters in a small town near Bath in the UK. Since 2007, she has had several novels published by small US presses, eight books published by Harlequin Superromance (Templeton Cove Stories) and four Victorian romances with eKensington/Lyrical.

In January 2018, she signed a four-book deal with Aria Fiction for a brand new Edwardian series set in Bath’s finest department store. The first book, The Mistress of Pennington’s released July 2018.

Rachel is a member of the Romantic Novelists Association and Romance Writers of America, and was selected to mentor the Superromance finalist of So You Think You Can Write 2014 contest. When she isn’t writing, you’ll find Rachel with her head in a book or walking the beautiful English countryside with her family. Her dream place to live is Bourton-on-the-Water in South West England.

*Terms and Conditions –Worldwide entries welcome.  Please enter using the Rafflecopter box below.  The winner will be selected at random via Rafflecopter from all valid entries and will be notified by Twitter and/or email. If no response is received within 7 days then I reserve the right to select an alternative winner. Open to all entrants aged 18 or over.  Any personal data given as part of the competition entry is used for this purpose only and will not be shared with third parties, with the exception of the winners’ information. This will passed to the giveaway organiser and used only for fulfilment of the prize, after which time I will delete the data.  I am not responsible for despatch or delivery of the prize.