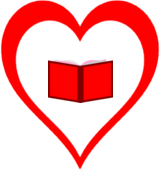 So many GREAT books available for only 99p at the moment, so I thought I’d share some of those which I’ve previously reviewed. If you’re heading off on holiday – or even if you just can’t resist a bargain – this is for you! In no particular order, with the link to my original, spoiler-free review, and I’ve added in the purchase links to make it easy!

Do you really know your friends?

On the afternoon of Nick and Lisa’s wedding, their close friend is found poised on a hotel window ledge, ready to jump.

As the shock hits their friendship group, they soon realise that none of them are being as honest with themselves – or with each other – as they think.

And there are secrets lurking that could destroy everything.
Tense, disturbing and clever, My Husband’s Lies is a breath-taking read, perfect for fans of Lucy Clarke and Erin Kelly.

This is the first short story in The Cosy Cottage Café series. A feel-good second chance romance

Allie Jones loves her cosy cottage café in the picturesque 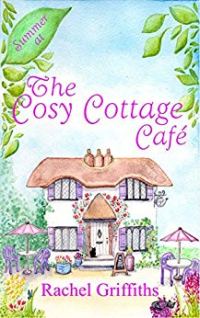 village of Heatherlea. She has her independence, two grown-up children and two cute cats. Life is settled and she thinks she’s happy.

Author Chris Monroe has it all. Critical success, a luxurious London apartment, and the kind of jet-set lifestyle most people dream of. But something’s missing.

When a family bereavement throws these two old friends together, they begin to question the true meaning of happiness.

Love is in the air, but do Allie and Chris have room in their hands-on lives for more than a summer fling?

A suspenseful and gripping psychological thriller, perfect for fans of domestic noir.

Adopted at birth, for years Lu has secretly dreamt of finding her birth mother but childhood bullying has left her with a lack of confidence. When a tragic accident changes her life forever it sets her on a mission to get in contact with her birth mother and find out the reasons behind her adoption.

When she tracks down her mother in Cornwall there is an emotional reunion and the pair begin to form a relationship.

But is everything as wonderful as it appears or has Lu walked into a nightmare?

Bring Me Back is the utterly compelling, white-knuckle 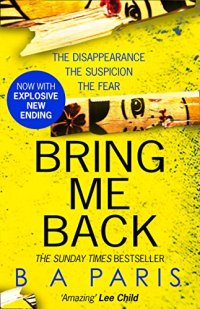 thriller from Sunday Times bestseller B A Paris

Finn and Layla: young and in love, their whole lives ahead of them. Driving back from a holiday in France one night, Finn pulls in to a service station, leaving Layla alone in the car. When he returns, minutes later, Layla has vanished, never to be seen again. That’s the story Finn tells the police. It’s the truth – but not the whole truth.

Twelve years later, Finn has built a new life with Ellen, Layla’s sister, when he receives a phone call. Someone has seen Layla. But is it her – or someone pretending to be her? If it is her, what does she want? And what does she know about the night she disappeared?

HER GREATEST MISTAKE is the gripping debut which will keep you guessing until the very last page.

Do we ever know what goes on behind closed doors?

Eve and Gregg were the perfect couple, with the perfect marriage… which has become the perfect lie. Gone is the charming, attentive Gregg – instead Eve wakes up each morning beside a manipulative and sinister man who controls his wife’s every move.

So Eve flees her immaculate marital home to keep herself, and young son Jack safe. Yet no matter how careful she has been, she knows Gregg will be relentless in his pursuit of his missing family. And that one day, when she’s least expecting it, he will find them…

What was Eve’s greatest mistake?

Marrying Gregg? Leaving him? Or leaving him alive…?

Henry – a perfect mix of family, friends and delicious food.

What’s the secret ingredient to your happiness?

Laura Griffin is preparing for an empty nest. The thought of Number 11 Lark Hill falling silent – a home usually bustling with noise, people and the fragrant smells of something cooking on the Aga – seems impossible. Laura hopes it will mean more time for herself, and more time with her husband, Dom.

But when an exposed secret shakes their marriage, Laura suddenly feels as though her family is shrinking around her. Feeling lost, she turns to her greatest comfort: her grandmother’s recipe box, a treasured collection dating back to the Second World War. Everyone has always adored Laura’s jams and chutneys, piled their sandwiches high with her pickles . . . Inspired by a bit of the old Blitz spirit, Laura has an idea that gives her a fresh sense of purpose.

Full of fierce determination, Laura starts carving her own path. But even the bravest woman needs the people who love her. And now, they need her in return . . . 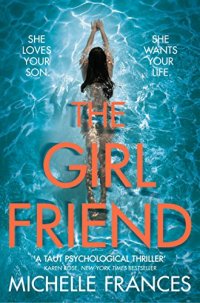 The Girlfriend by Michelle Frances is a gripping and chilling debut psychological thriller – the story of a mother, a son, his girlfriend and an unforgivable lie.

She loves your son. She wants your life. How far would you go to protect your son?

Laura has it all. A successful career, a long marriage to a rich husband, and a twenty-three year-old son, Daniel, who is kind, handsome, and talented. Then Daniel meets Cherry. Cherry is young, beautiful and smart but hasn’t led Laura’s golden life. And she wants it.

When tragedy strikes, a decision is made and a lie is told. A lie so terrible it changes their lives forever

Run away to a beautiful Scottish beach and let the 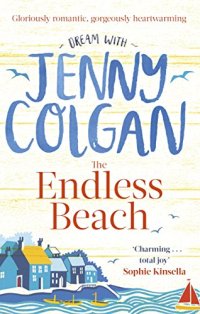 On the quayside next to the Endless Beach sits the Summer Seaside Kitchen. It’s a haven for tourists and locals alike, who all come to eat the freshest local produce on the island and catch up with the gossip. Flora, who runs the cafe, feels safe and content – unless she thinks too hard about her relationship with Joel, her gorgeous but emotionally (and physically) distant boyfriend.

While Flora is in turmoil about her relationship, her best friend Lorna is pining after the local doctor. Saif came to the island as a refugee, having lost all of his family. But he’s about to get some shocking news which will change everything for him.

As cold winter nights shift to long summer days, can Flora find her happy-ever-after with Joel?

Addictive, dark, thrilling and full of twists! You won’t want to miss this mesmerising debut from a fresh new voice in psychological suspense.

How far would you go to make all your dreams come true?

Amber Patterson is tired of being a nobody: an invisible woman who melts into the background. She deserves more. She deserves a life of wealth, luxury and leisure.

Daphne Parrish is the golden girl of Bishops Harbor, Connecticut. With her model looks, her picture-perfect mansion and her millionaire husband, Jackson, she has everything Amber wants.

Amber’s envy could eat her alive—if she didn’t have a plan. Before long, she has become Daphne’s closest friend, and is catching the eye of Jackson. But a skeleton from her past could destroy everything, and if discovered, Amber’s well-laid plan may end in disaster…