Spies. The best unreliable narrators that money can buy…

Eva and her fractured team are on the run, desperate to find answers and uncover who has betrayed them from within the shadowy government organisation known only as the Section.

Evading assassination in Berlin and Prague, Eva has had time to regroup and try to solve the mystery behind the attempts on her life.

But her enemies are one step ahead of her, eliminating anything and anyone who stands in their way.

Assassins Vengeance is the second episode in an ongoing story featuring Eva Delacourt. The story is concluded in episode 3 of the English Spy Mysteries, Assassins Retribution.

The English Spy Mysteries is a new concept by acclaimed crime thriller author, Rachel Amphlett. Combining fast-paced thrilling reads with episodic delivery in the vein of TV shows 24, Alias, and Spooks, series 1 is a must-read for fans of Robert Ludlum, Vince Flynn, and James Rollins.

What a Rollercoaster Ride!

I know that Rachel Amphlett writes fast and furious novels, but still it takes my breath away when, from page one, I’m plunged right back into the heart of the action and – as this is the second book in this series – all the details of the first come flooding back!

This one advances the story considerably. We, the readers, find out a bit more about the past leading up to the events in book one and doubts about who to trust in the ‘Section’ begin to appear. Who to trust? Who’s doing the back stabbing and, more importantly, who’s controlling the dagger? Excitement flows all the way in this one and I am so looking forward to reading book 3 to conclude this tale. I really hope we see more of Eva Delacourt – she is one awesome lady!

Not only would I recommend this series, but all of this author’s books are fast-paced, exciting, well-written and – just as important – completely understandable without a degree in black ops!

My thanks to the author for my copy. This is my honest, original and unbiased review. 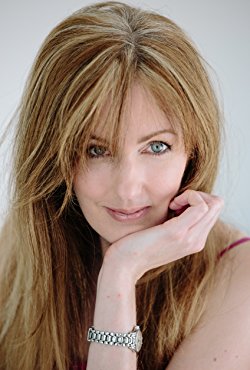 Before turning to writing, Rachel Amphlett played guitar in bands, worked as a TV and film extra, dabbled in radio as a presenter and freelance producer for the BBC, and worked in publishing as a sub-editor and editorial assistant.

She now wields a pen instead of a plectrum and writes crime fiction and spy novels, including the Dan Taylor espionage novels and the Detective Kay Hunter series.

Her novels are available in eBook, paperback and audiobook formats from worldwide retailers including Amazon, iBooks, Kobo, and Google Play.

A keen traveller, Rachel holds both EU and Australian passports and can usually be found plotting her next trip two years in advance, usually with a crime fiction festival tacked on for good measure! You can stay in touch with Rachel via her Reader’s Group at http://www.rachelamphlett.com.